In November of last year, Dropbox announced a partnership with Microsoft. It started with Dropbox integration in Microsoft Office’s iOS apps and is now growing into something much better. In the announcement post, Dropbox said it was home to over 35 billion Office documents. This is not a surprise, given Dropbox’s success in the business market. 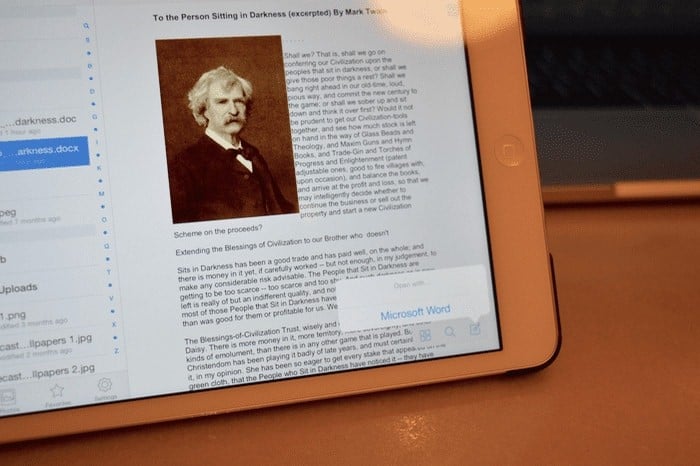 Now, Dropbox users (both Basic and Pro) will be able to open and edit Microsoft Office files directly from within Dropbox. This won’t require a Microsoft account or an Office 365 membership. All you need to do is authorize Microsoft Office Online in Dropbox, like you do with any other app.

On the Dropbox’s website, the Open button will open the document in a new tab in the Office Online interface. Changes made to the document will be saved back to the same file in Dropbox. There’s also an auto-save feature.

iOS app users will see an Edit button that will open the document in the corresponding MS Office app (the latest version of the app needs to be installed). It’s the same drill, all the Office app will need is Dropbox authorization. Exiting the document will save the file back to Dropbox and bring the user back to the Dropbox app.

The only caveat is Dropbox for Business and large screen Android tablets. This is what the help page says:

The Dropbox integration is one of the better things to come out of Nadella’s new and more open Microsoft. It works as advertised and is a breeze to use. Millions of users who already use Dropbox, have Office files stored there or collaborate on Office documents are going to get a lot out of this feature. The iOS app supports doc, docx, xls, xlsx, ppt and pptx. The web app though only works with docx, xlsx and pptx formats. 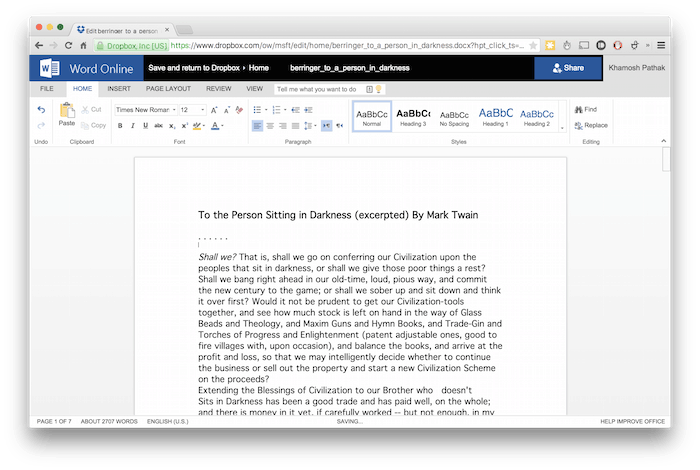 Microsoft’s efforts for not getting OneDrive or Outlook accounts all up in this is commendable. The integration’s strength is its simplicity – not its features. For someone who works on the web, it’s better than the alternatives – opening the file on the desktop, editing and uploading it back or even worse – using something like Google Docs when the other party isn’t. And in a lot of places MS Office is still the name of the game.

I’m not the biggest Microsoft fan in the world but I’m excited to see this new open avatar. Microsoft Office is good at what it does, it’s better than Apple’s iWork suite, Google’s Drive suite and the likes of OpenOffice. Having access to Office components on every device, big or small, without the normal quirks of Microsoft is only going to benefit the end user.

Was this article helpful?
YesNo
TechPP is supported by our audience. We may earn affiliate commissions from buying links on this site.
Read Next
10 Best Free Cloud Storage Services for Backups and File Storing
#dropbox #microsoft #MS office