After acquiring Nokia’s devices and services division, Microsoft has obtained full control over the Lumia line of products, which is its front division in the hard battle against the iPhone and the army of Androids. The company has now unveiled its cheapest Lumia handset, the Lumia 430, which gets launched for a price of Rs. 5.299 (about $83). 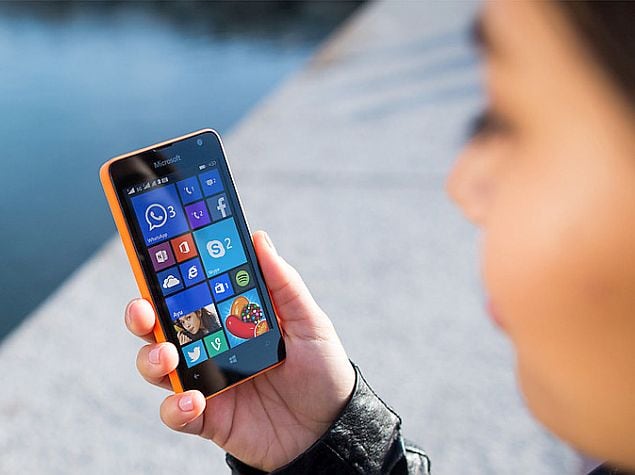 The smartphone comes wtih a 4-inch WVGA (480×800 pixels) LCD display, has a 2MP primary camera along with a VGA secondary camera. Of course, nothing too fancy in this department, but then again, you couldn’t be expecting for more, judging by its price. And even if you find better specs, Microsoft is betting on the power of its brand, as well. 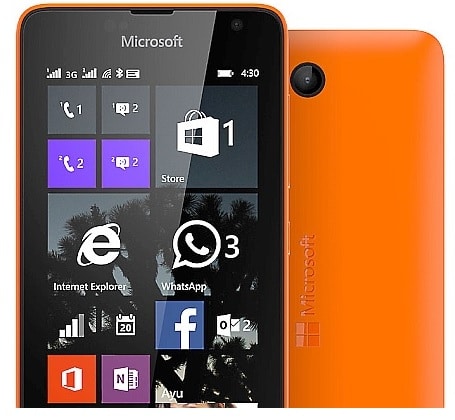 The handset is powered by a 1.2GHz dual-core Qualcomm Snapdragon 200 processor with 1GB RAM, and there’s 8GB of internal storage which can be expanded up to 128GB with a microSD card. However, you should know that comes with 30GB of free OneDrive cloud storage, so if you feel comfortable with this method, you can store your pictures and files in the cloud, as well.

The phone packs a 1500mAh battery and comes with support for 3G, Wi-Fi, Bluetooth 4.0 and GPS. The device isn’t exactly elegant, having a thickness of 10.63 mm, but weighs just 127.9 grams, so it won’t be heavy on your hand. At the moment it runs Windows Phone 8.1 but it’s upgradeable to Windows 10. And the great news is that once you will make the jump to Windows 10, you will be able to run Android and iOS apps on it, once they start appearing on the Windows Store.

The smartphone is available just in two colours: Bright Orange and Black, and by the looks of that orange, I think I know what most consumers will be opting for. To sweeten the deal, Microsoft India is throwing in a Rs. 1,000 cashback of recharges and bill payments through the Mobikwik app, Rs. 1,500 worth of discounts on bus tickets over 6 single trips booked through the RedBus app and 500MB free data per month for a period of 2 months.

Was this article helpful?
YesNo
TechPP is supported by our audience. We may earn affiliate commissions from buying links on this site.
Read Next
8 Best Malware Removal Tools for Windows 11 [2023 Edition]
#lumia #microsoft