“That is a very good phone.”

When Xiaomi’s Hugo Barra says that about a device, you would expect it to refer to one of his own company’s phones, or perhaps one of the high-profile Androids in tech town. But nay, the device he was referring to was from the company that many of his brethren consider THE enemy.

It was an iPhone 6 Plus. 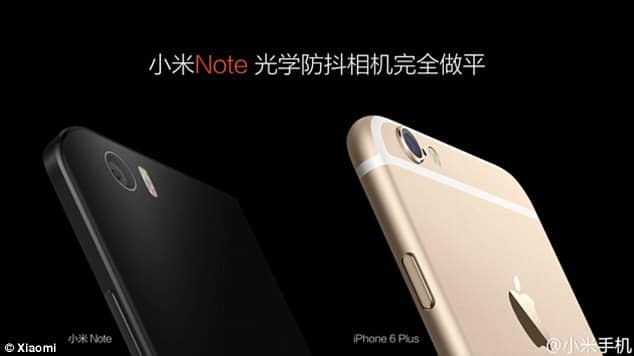 The iPhone vs Android relationship has been at best a rocky one. Rare is the week that passes without a member of either camp taking a poke at the other in the form of an article, meme or social networking post. And indeed, a staple feature of most Android flagship presentations is an assault on the Cupertino product. Be it Honor, Xiaomi, Samsung or Gionee, this year has seen almost every Android manufacturer spend a good deal of time running down the iPhone and showing how their product is superior in their presentations.

And yet, we suspect that beneath all that aggression is something that is more respect than derision. When we were talking with Gionee India’s head, Arvind Vohra, about his company’s new device, the Elife S7, we asked him why he compared the device to the iPhone 6. His answer was fairly direct. “Mere bhai, aur koi phone hai compare karne layak?” (“Friend, is there any other phone worth comparing ourselves with?”), he asked with a smile. And then shook his head as if in answer to his own question. “You can make fun of them if you want and call them expensive,” he continued. “But the fact is that if there is one phone that everyone knows about, it is the iPhone. It is the phone that everyone knows and most people want. Of course, we will compare ourselves against that – they are supposed to have the best camera, the best apps, the best UI…Anything lesser would not do us credit.”

A similar question was posed by our colleague Sandeep Budki of The Mobile Indian, during the briefing of the recently launched Xiaomi Mi4i. As Hugo Barra was taking apart the Mi4i, Sandeep asked him if it was necessary to compare Xiaomi’s new device with the iPhone 6.

Barra paused his dismantling of the phone, and answered, “Well, that is the benchmark, isn’t it? No, we are not saying that the iPhone is the best, but there is no doubting that for many people, it is the best phone in the world.” And as he resumed taking the Mi4i apart (he removed fourteen screws in all – yes, I counted), he added, “Whether people like it or not, the fact is that the iPhone is THE phone for many people all over the world. The iPhone is the benchmark. We try to match it and also beat it. There is no glory in defeating someone who is considered inferior, is there?”

No, we do not see the potshots at the iPhone stopping. And I bet that every presentation or conference featuring a flagship Android will contain some reference to the iPhone. But it does seem that after years of bitterness, it would seem that Android manufacturers are now beginning to regard the iPhone more as an adversary than an enemy. And their attitude can be best summed up by slightly paraphrasing one of the famous “Celebrate Humanity” advertisements of the Olympic Games:

“You are my adversary,
You are not my enemy.
Your hardware gives me strength,
Your UI gives me courage,
Your apps ennobles me.
And though I aim to defeat you,
Should I succeed,
I will not humiliate you.
Instead, I will honor you.
For without you,
I am a lesser phone.”

And incidentally, after he called the iPhone 6 Plus a “very good phone,” Barra held up his Mi 4 at me and added with a cheeky grin, “But this one is better.”

The Android-iPhone rivalry is alive and well. But there is a new element to it.

Was this article helpful?
YesNo
TechPP is supported by our audience. We may earn affiliate commissions from buying links on this site.
Read Next
Alert! You’re Hiding Sensitive Information From Your Images on iPhone W...
#apple #Opinion