Microsoft unveiled Windows 10, its forthcoming operating system for the desktop, mobile, Xbox, and IoT late last year. The Windows 10 moniker was interesting, as ideally, Microsoft was expected to call the successor to Windows 8 (and 8.1) as Windows 9. The Redmond-based company explained why it didn’t go with ‘Windows 9’: it would have created conflict with older versions of Windows. Alright, so what will the next version of Windows be called? Windows 10, apparently. 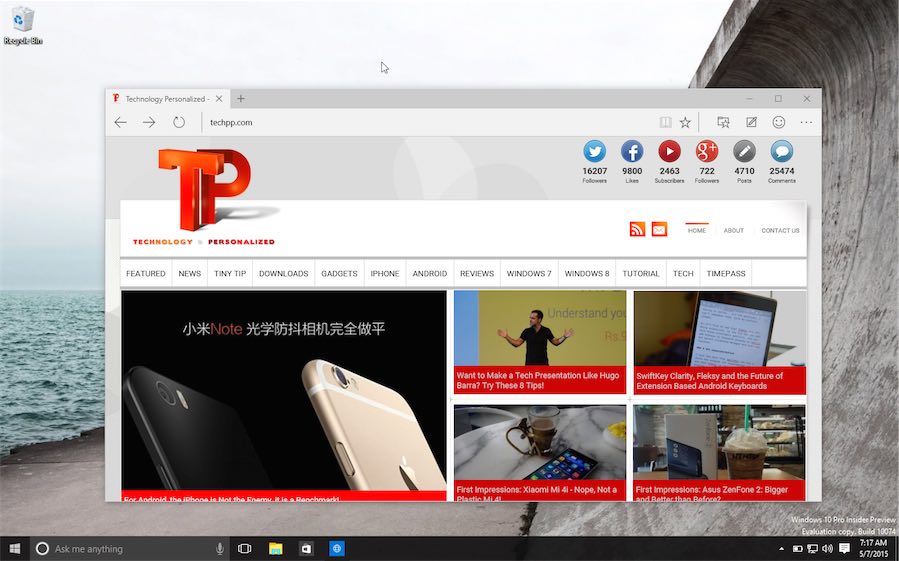 At Ignite conference earlier this week, Jerry Nixon, a Microsoft Developer Evangelist, said that Windows 10 “is the last version of Windows (so we’re always working on Windows 10).” The company apparently isn’t going to release anymore versions of Windows as instead it plans to keep updating the existing version.

Nixon’s comment solifies Mary Jo Foley’s report from late last year where she had casually mentioned that Windows 10 will be the last major version of Windows. “Microsoft went instead with Windows 10 because they wanted to signify that the coming Windows release would be the last “major” Windows update.” Okay, but what does it mean?

Windows as of now is sold as a standalone product. You buy it, you use it for months, and when the next version of the operating system hits the retail, you have to purchase it again and replace your existing Windows’ version. You, however, have the ability to keep using your old version of Windows forever. Sure, the company will stop providing security updates after a couple of years but you still own that software and are lawfully entitled to use it for as long as you want. This is known as software as a product business model.

Come to think of it, Windows as a service makes perfect sense. Microsoft has announced that Windows 10 will be available to people for free for the first year. Afterwards, the company is likely to charge users every few years to renew their licence. If it works, it could boost the revenue it is making from its operating system.

We’ve contacted Microsoft for confirmation and the company has requested for some time before it could offer a statement. We will update the post as it develops.

Update: Recent comments at Ignite about Windows 10 are reflective of the way Windows will be delivered as a service bringing new innovations and updates in an ongoing manner, with continuous value for our consumer and business customers,” said a Microsoft spokesperson. “We aren’t speaking to future branding at this time, but customers can be confident Windows 10 will remain up-to-date and power a variety of devices from PCs to phones to Surface Hub to HoloLens and Xbox. We look forward to a long future of Windows innovations.

Was this article helpful?
YesNo
TechPP is supported by our audience. We may earn affiliate commissions from buying links on this site.
Read Next
How to Request Read Receipts in Microsoft Outlook
#microsoft #Windows 10