In January 2014, Droplr, the file sharing app dropped the free tier and went paid only. They’ve recently announced that they’re bringing back the free tier. With that, they’re releasing an overhauled iOS and Mac app (version 4.2). After this transition, Droplr is calling itself “Snapchat for files” – files uploaded using the free plan self destruct in 7 days. Droplr has clients for iOS, Mac, Windows and Windows Phone. 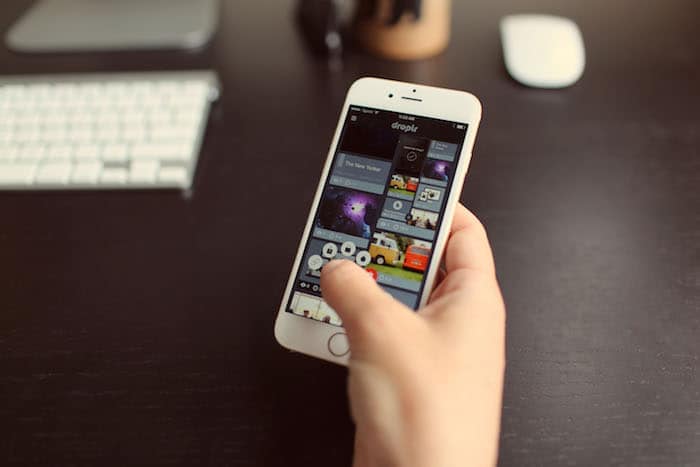 Droplr makes the multi-step process of sharing files and screenshots simple. Press a keyboard shortcut, select the area and a link to the screenshot will be added to your clipboard. Now just paste it in a chat window and you’re done. Recently, Droplr has added more features like the ability to annotate screenshot (helpful for designers), recording video and turning it into a GIF and recording reaction GIFs using Mac’s built-in camera.

A $4.99/month Lite plan removes the self-destruct limitation (but still keeps 2 GB file limitation) and the $9.99/month Pro plan adds features like custom branding, custom domain, password protected drops and unlimited file size. Till June 5 2015, iOS users can get a 40% discount when they upgrade to the Pro plan for $59.99/year.

CloudApp is one of the major Droplr competitors and they don’t have any meaningful presence in the mobile space. There’s no official iOS app (there are third party apps though). CloudApp has a better free tier. The free version gives you 10 uploads a day with a 25 MB size limit. But there’s no 7 day self-destruct like Droplr. The $9.99 CloudApp Mist plan ups the file limit to 500 MB, brings unlimited file sharing and adds features like annotation and password protection. 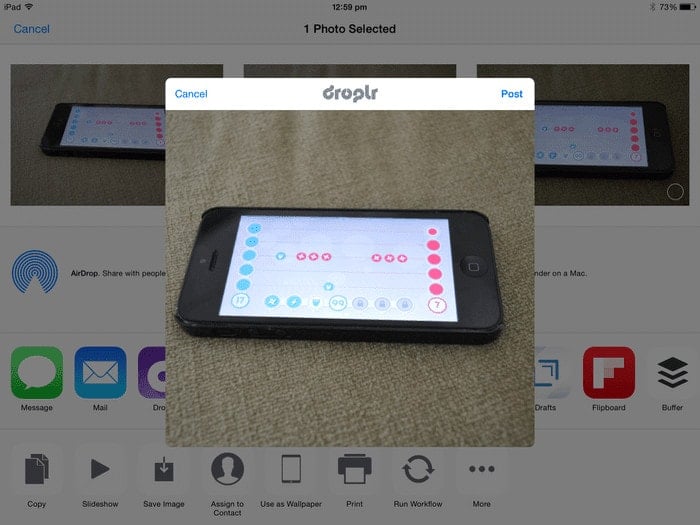 Droplr’s iOS app is going to be a a strong pull. The redesigned app is beautiful, easy to use (especially when it come to uploading screenshots) and comes with an iOS 8 extension. So you can share a link from Safari to Droplr and have a short link in your clipboard. Sharing an image from the Photos app would do the same.

For most, the 7 day self destruct limitation should not be a deal breaker. I’ve been using Droplr/CloudApp for more than 2 years now and I can’t remember the last time I went looking for a screenshot from months back.

How to wirelessly Share Files between Mac and Windows without any Third-Party...
Read Next
Source: Droplr