It’s been a year since the OnePlus One launch. A lot has changed since then. There’s no invite system now – all sales are open sales. Cyanogen Inc and OnePlus have officially broken up, with Cyanogen doing the dumping as graciously as every boyfriend in a 1-year relationship. 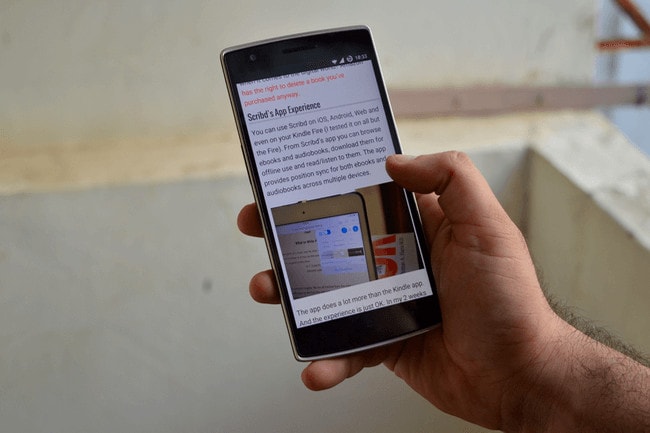 What hasn’t changed in the past year is the price and for an Android phone, that’s commendable. OnePlus One still runs $299 for 16 GB version and $349 for 64 GB. OnePlus One released with Cyanogen OS 11S which also marked CyanogenMod’s first successful commercial release (full OnePlus One spec list here).

You’d think all these ups and downs in mom and dad’s relationship would affect the young ones. But no. The One is still selling well, it recently passed 1 million sales mark. And while that’s not Xiaomi level success, OnePlus has carved out a niche for itself – the often empty, mid-range market.

Is it Still the Flagship Killer?

For May 2014, OnePlus did have the specs to rival the flagships of the time – Galaxy S5, HTC One M8, Xperia Z3 and the likes. Now though, things are different. Flagships of 2015 have 2K displays, featuring mind-boggling 577 PPI. One’s 3 GB RAM made headlines last year. Now 3 GB RAM flagships are common. With ZenFone 2 edging ahead with 4 GB RAM. The processors aren’t that much better in 2015, but they are 64-bit, for whatever that’s worth. 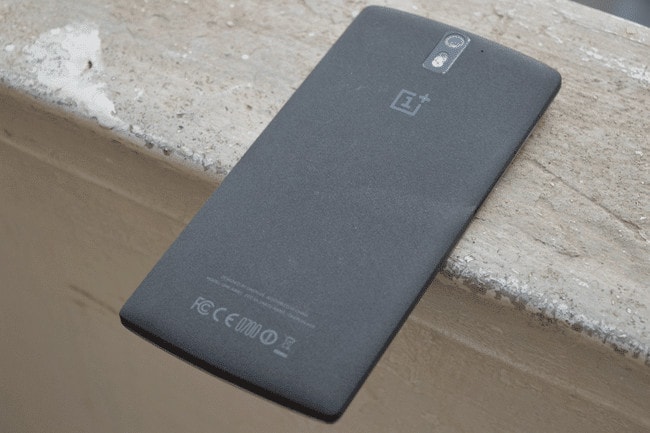 To answer your question, no, based on the specs, the One is no longer the flagship killer. But you know what, specs are not everything, as we’ll talk about later in the article.

Is it Still a Good Phone?

Yea, as good as phones get. Like any other phone, it has its problems. The speakers are a bit too loud and can sacrifice the quality when the volume is a bit too high. The sandpaper back in the 64 GB version takes getting used to. The camera is strictly just OK.

But then, it’s fast. The 3 GB RAM makes sure there are no slow downs. The 1080p screen is lively, and it’s great for reading.

One’s problems come mostly from the software. My friends and I have come across some of the weirdest bugs ever in Android. GPS problems, data issues, random reboots and some crashes. But CM is usually good with updates. You’ll find updates every few weeks, hopefully squashing the nasty bugs.

Software is also one of the best things about OnePlus One. It comes with CM 11S, upgradable to CM 12S (running Lollipop). You’ll get access to features like Privacy Guard, off-screen gestures, Theme Engine, and a lot of customization options thanks to Cyanogen OS.

What About the Potential Issues?

As I stated above, Software is a problem when it comes to OnePlus One. OnePlus is a year old company. It’s understandable that they’re not on the top of the game when it comes to software. But that doesn’t give them a free pass. No matter how awesome the hardware is, software issues can ruin the whole experience. 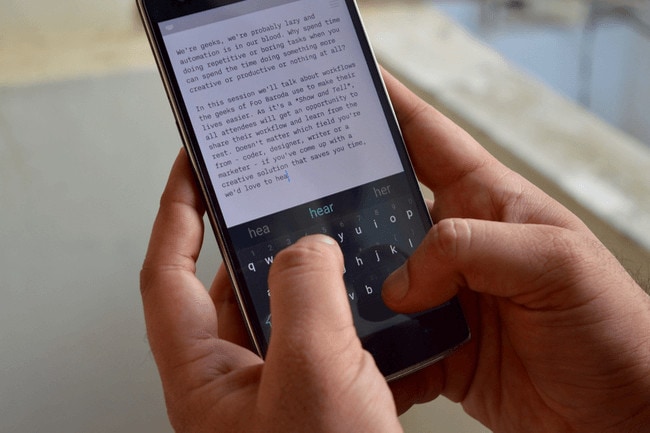 Every phone has problems, edge cases. The problem is that OnePlus One has more than its share of them. So if you’re buying a OnePlus One, you should be aware of the potential mishaps that could await you. If you’ve already got a One, follow the links for solving some of the issues.

Since the launch, the One has been plagued with touchscreen issues. Resulting in ghost tapping and miss taps. It hasn’t affected all users though. The issue seems to be related with heating as well. If the phone heats up, the touchscreen goes haywire.

After the CM 12S/12.1 update, the software issues have become more pronounced. Along with the touchscreen issue, users are facing heating problems and battery drain as well.

It’s good to know that both Cyanogen and OnePlus are on it when it comes to fixing the touchscreen issue. They released a fix in the May 15th Nightly that seems to fix the issue (which was then taken down due to resulting battery drain problems for users who had double tap to wake gesture enabled). If the fix is successful, it should make it to the stable build of CM 12S soon.

Other problems like battery drain are sometimes user fixable. Check out the links below for fixes for most common OnePlus issues.

– 14 Annoying OnePlus One Problems, and How to Fix Them

Buy the OnePlus One (64 GB Model). Don’t cheap out and get the 16 GB version because in 6 days you’ll regret it.

If you tell me “I have exactly $349 to spend on the phone“, there’s actually not much I can tell you. The mid-range market is hollow. Xiaomi has a great footing in the low end, Samsung, HTC, Apple rule the high end. The mid-range that used to be the Nexus territory is up for takes and OnePlus One is one of the very few worthy of the title.

What About OnePlus One for Non-Geeks?

Two of my close friends (my fellow geeks) are rocking OnePlus Ones. Only one of us has Cyanogen painted on the back. I also know two acquaintances with OnePlus One. It’s a geek’s phone, sure but that’s not all that it is. 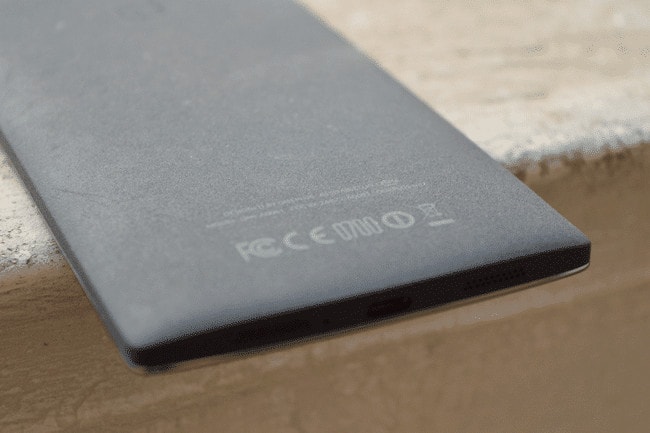 In the past year, many of my acquaintances who I would in no way describe as geeks or even up with the internet culture successfully got their hands on the OnePlus One. This was when getting one was virtually impossible. They’re happy with the phone. They don’t care about Cyanogen’s Privacy Guard feature, the screen gestures look cool to them, but they haven’t customized the status bar or turned on the cool brightness control feature.

Oh and they don’t care about manually installing OxygenOS either. They’re fine with their KitKats and they’ll update to CM 12S when it gets to them.

Is OnePlus One the New Nexus?

I think so. Nexus used to be the perfect phone for Android geeks. It was priced sensibly. It sat in the mid-range tier. Not too low, not too high. And then Nexus 6 came around and ruined it. Not only was it monster when it came to the screen size, it reflected in the price as well. $600 for a Nexus is just too high. 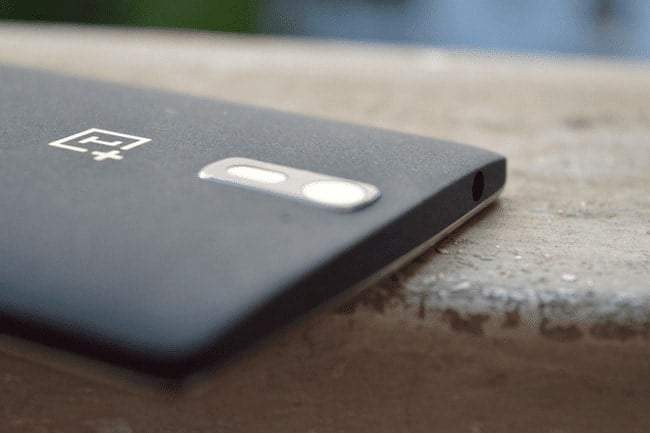 Yes, OnePlus One’s screen size is 5.5 inches, not that better. You can barely hold it with one hand. But it has other Nexus characteristics nailed down. Mid-range pricing, an active developer community, easy to root and lots of awesome and stable Custom ROM support. The geek’s phone baton has been passed over to OnePlus One.

But there is one way the One is distinctly unlike a Nexus, almost to a fault. But that’s just OnePlus playing the card it was dealt with.

What About the Lollipop Problem?

The Nexus 5 received Lollipop upgrade in the first week after release. Even Moto G and Moto X 2nd Gen got it shortly thereafter. OnePlus One? That’s a whole different story. It involves drama, betrayal, mystique, a breakup and a lot of head shaking. 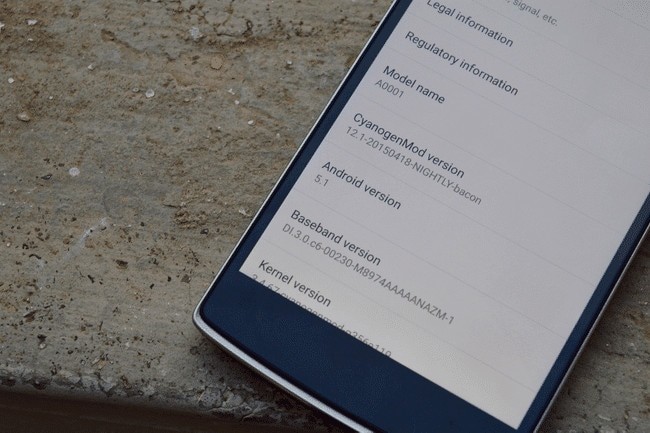 Here’s the summary. OPO launched with CM 11S, with a promise of timely, bug fixing and performance enhancing updates from Cyanogen Inc. For the first couple of months, it all worked well. Then, Cyanogen made an exclusive contract with Micromax in India. And suddenly OnePlus One was banned from India. Blood was shed. Ultimately they hugged it out. OPO was allowed to be sold in India, CM promised OTA updates for Indians. But OnePlus One had tasted the bad blood. It rushed the release of its own Lollipop based ROM. It came out before CM 12S update.

Right now, OnePlus’s OxygenOS is just an option for One users. And that’s what it’s going to be. Current users can upgrade to CM 12S Lollipop via an OTA. If they’re tired of waiting, there’s a manual update option. New OnePlus One phones don’t come preinstalled with OxygenOS and Cyanogen has a support deal for OnePlus One for 2 years.

For an “Official” update, OxygenOS is frustratingly difficult to install. A user needs to unlock the bootloader, flash TWRP recovery and then flash the update. Oh and unlocking the bootloader wipes everything from the phone – apps, data, settings, contacts, everything.

This is reason enough to not install OxygenOS. CM and OnePlus have broken up but being the responsible parents that they are, CM is still going to support the One.

To conclude, there’s no real reason to go with OxygenOS when you can spend 5 more minutes on the same process, root the phone and install CM 12.1. I’ve been testing CM 12.1 for couple of weeks now. I find it more stable than CM 11S and the battery lasts longer.

What About That Camera? 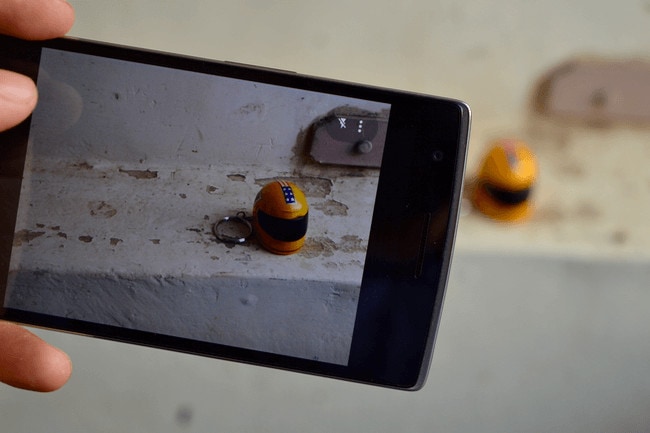 One’s camera is just OK (13 MP back, 5 MP front). That’s another way its similar to Nexus. And for a mid-range phone that’s expected. With plenty of natural light, I was able to get some actually good shots. But low light is OnePlus’s kryptonite. It can record 4K video though, which is pretty cool.

If you want a really good camera phone, OPO is not for you.

Are You Really Suggesting me to Buy a Chinese Phone?

Calm down there sir, iPhones are also made in China. China’s influence is everywhere. The air you’re breathing has also been (negatively) influenced by China’s thriving economy.

All said and done, OnePlus One is a Chinese phone that’s only sold online. In countries like India, there’s stigma attached to that. And a lot of it is warranted. But you shouldn’t dwell on it. OnePlus uses some of the best components out there. The build quality is better than any other phones in this range. Personally I think it’s better than Xiaomi’s Mi3 and Mi4.

For Indian users, here’s a list of service centers for OnePlus One. It might not have the best support and service, but it’s not the worst either.

What if I Wait?

In the tech world, the more you wait, the more you’ll groan with pain and in 6 months you’re anyway going to be disappointed when your friend gets a better phone than yours (because, of course, that’s all that counts).

OnePlus is coming out with OnePlus 2 in Q3. But it will have the invite system. It looks like there might even be a low-cost version (a recycled One maybe?).

If you have any more burning questions, drop them in the comments below and I’ll try my best to answer them.

Was this article helpful?
YesNo
TechPP is supported by our audience. We may earn affiliate commissions from buying links on this site.
#OnePlus One