Chinese smartphone manufacturer OnePlus seems to have finally fixed the widely noted touchscreen performance issues in its One smartphone. The company rolled out the fix in the recently seeded out updates by the Cyanogen Inc software firm. 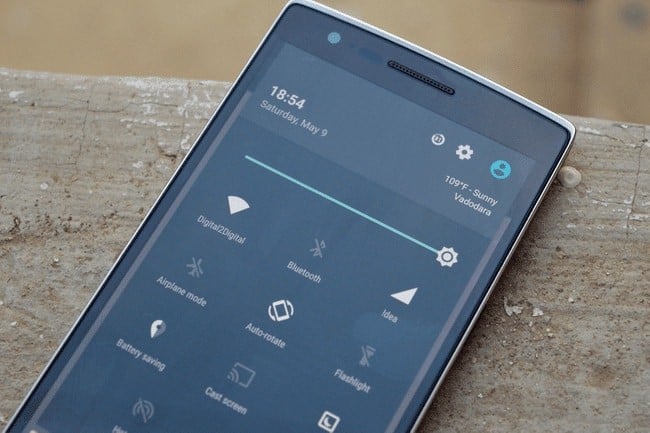 Often referred to as the “flagship killer of 2014,” the OnePlus One is one heck of a great smartphone to ignore. It packs in the top-of-the-line hardware modules coupled with software from Cyanogen Inc.

But as impressive as the OnePlus One is, it too comes riddled with a few glitches here and there. As we pointed out earlier this week, there are a number of issues the phone ships with leaving users confused about many a things.

It took the company a year to finally come up with fixes for the numerous touch screen related issues its phone has. To just give you an idea, the original thread where users shared their ordeal was recently closed by the company after it reached 125 pages.

Besides the sluggish touchscreen quirps including scrolling issue, a large number of users are also reporting glitches like random reboots and inconsistent battery life. The company is yet to share what all issues do these new updates fix, but it seems — as many people on this Reddit thread report — touchscreen issues are definitely in the list.

The new updates — CM12.1 and CM12 nightlies — both come bundled with fixes to the touchscreen issues. You can download CM12.1 from here (zip). It needs to be pointed out that OnePlus One users that have OxygenOS installed on their phone will have to wait for the company to roll out fixes for them — as OxygenOS-powered One also seem to have this issue. Alternatively they can flash their phone to manually install Cyanogen software.

We understand that the company could take some time before seeding out the update to users as it has a lot of porting to do. We have contacted OnePlus to share with us the roadmap of the release of the said update. More on this as it develops.

Update 11.40 am, May 18: Bad news. The updates that seemed to resolve the touch-screen issues on the One are apparently triggering battery drain problem for some users who have double tap to wake up screen enabled on their phone. To prevent it, Cyanogen has pulled both the updates. More on this as it develops.