Chinese smartphone manufacturer Oppo plans to launch the R7, its forthcoming smartphone at an event on May 20. But its partner e-commerce portal JD.com is seemingly isn’t as patient. The shopping portal has listed the smartphone on its website ahead of the event, giving us a sneak peek at the full specification, design, and price tag of the upcoming phone. 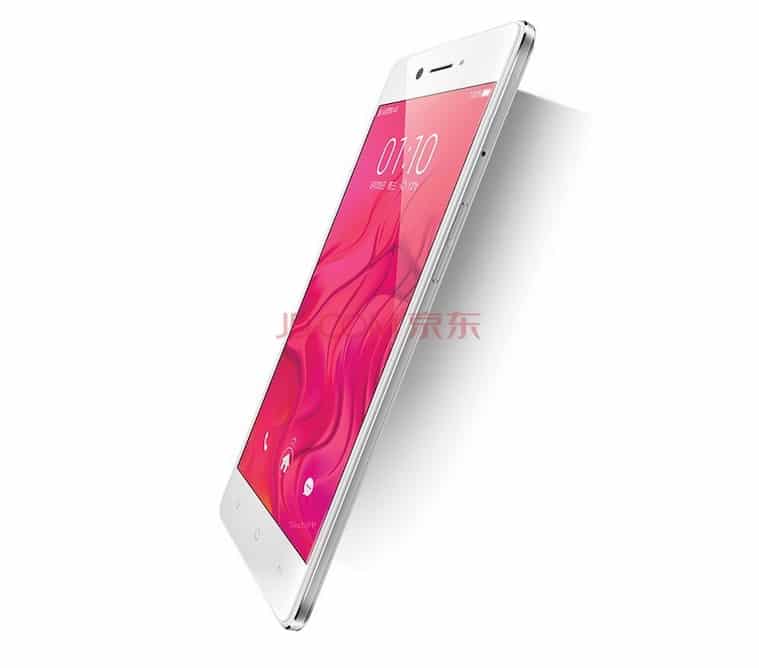 For those who were looking forward to the arrival of the Oppo R7, the good news is that the new smartphone is no slouch at the spec sheet. As per the listing, it sports a 5-inch FHD display with 441ppi. It is powered by an octa-core 1.7GHz 64-bit Snapdragon 615 chipset paired with Adreno 405 GPU. Other specification includes 3GB of RAM, and 16GB of internal storage which can be expanded using a microSD card should you need more storage. On the camera front, it flaunts a 13-megapixel sensor at the back and an 8-megapixel snapper upfront. The device is powered by a rather low 2,320mAh battery.

On the connectivity front, the Oppo R7 supports 4G LTE, 3G, Wi-Fi and other standard features. As for the price, the smartphone is priced at the equivalent of $480. Truth be told, the price doesn’t seem as lucrative considering a plethora of better phones available for a cheaper price point in the market today. JD.com, however, is warning users that the final price may differ.

On the software side, the R7 is listed to run Android Lollipop based ColorOS v2.1. The company late last week released a video demonstrating the new features of its homegrown Android build. Among the noteworthy changes, the ColorOS 2.1 comes with a new flatter design and responsive user interface. In addition, there are also features to optimize the RAM, place widgets on the lockscreen, and interesting dialpad tones among other changes.

Oppo launched the R5 in India late last year. The phone, which packs in a 5.2-inch FHD AMOLED display, an octa-core Snapdragon 615SoC chipset coupled with 2gigs of RAM, and 16GB of non-expandable internal storage, is priced is priced at Rs 29,990.

Was this article helpful?
YesNo
TechPP is supported by our audience. We may earn affiliate commissions from buying links on this site.
#Oppo R5 #Oppo R5 in India #Oppo R7 #Oppo R7 images. #Oppo R7 specifications