Google has recently decided to begin storing users Google+ photos in a special “Google Photos” section of Google Drive, and now a fresh story from Bloomberg claims that the company is looking to release a fully standalone version of Google Photos. The announcement could take place at the I/O conference which is scheduled for later this month. 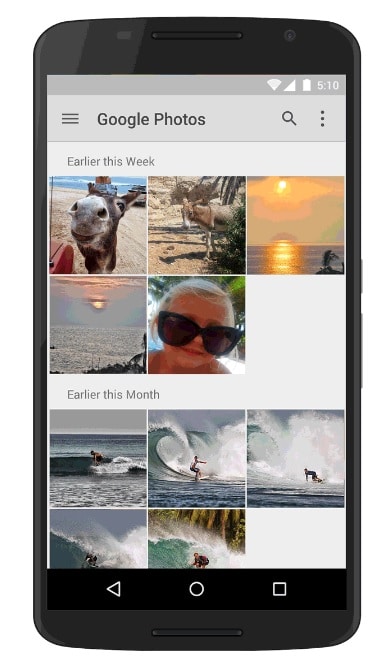 The report suggests that Google is going make the upcoming service separate from Google+. Users will also be able to easily share images to Facebook and Twitter, which means Google is taking a different approach, probably realizing that its own Google Plus network simply can’t compete with Facebook. I tend to believe that there will be more users interested in a dedicated Google photo storage service instead of being basically forced to store their photos in G+.

Recent, Google Senior Vice President Sundar Pichai also said that Google’s photos and social-stream features were likely to be treated as separate features. So, if Bloomberg’s recent report is close to reality, then we’re going to witness some important announcement at the I/O conference.

At the moment, the photo service lets you upload as many photos as you want (with a max width of 2048 pixels) and it can also automatically apply effects to your shots or turn some of them into a GIF. Furthermore, Google offers free backup of your smartphone’s camera roll.

Don’t forget, Google’s I/O presentation kicks off on May 28th at 12:30PM ET, and we’ll be here to report on the latest and greatest coming from the Mountain View company.

How to View Gmail Login History and Secure Your Gmail Account
Read Next
Source: Bloomberg

Qualcomm and ISRO collaborate to announce support for…
How to Use YouTube in Picture-in-Picture (PiP) Mode on iOS…
With Ear (1), Nothing Could Be Creating a New Segment in the…
Apple iPad Air 4th-gen vs 11-inch iPad Pro: What's New and…
New 13-inch MacBook Pro with Magic Keyboard and Double…
Six phones that could unsettle the OnePlus 8 in India