Most things in life are certain. We kind of know how they will play out, and what to expect from them. Google’s stand on whether or not it wants microSD cards or any other external storage support in smartphones and tablets, however, is not one of them. The company has long been mulling over this, enabling and disabling support for microSD card over different versions of Android in the past years. It’s now taking another U-turn. 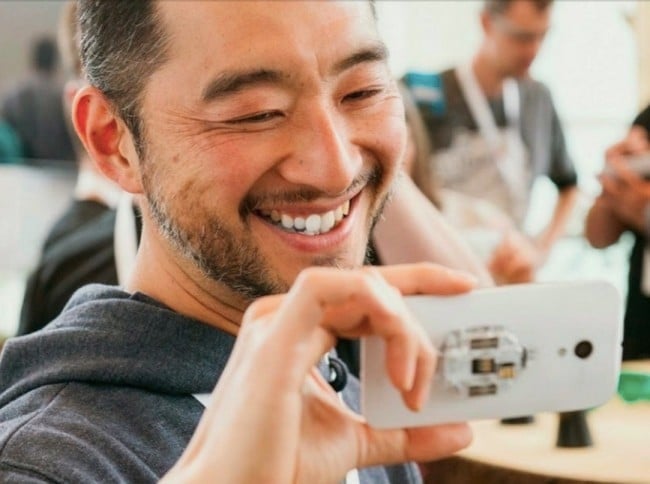 At its developer conference I/O 2015, the Mountain View-based giant announced Android M, the latest iteration to its mobile operating system. The new version brings with it a number of interesting new features including Now on Tap, Chrome Custom View, and improvements to battery life among others. While the company didn’t choose to make a big deal out of it, there is another very interesting feature the new Android version will ship with. It’s called Adoptable Storage Devices.

With it, not only is the company allowing users to use a microSD card in their Android M-powered-device (provided their phone or tablets has a slot for it), it is also letting users plug-in USB OTG drives. Google is doing this by formatting the external storage in a similar fashion as the internal storage. The company is wrapping a layer of protection over this formatted space.

A user can move app data (APK files), as well as other private data — migrated from the “primary shared storage” which can be found in /sdcard directory to any “adapted” storage. As Jeff Sharkey, an engineer at Google writes, “Also, to help users free up internal storage space, they can choose to migrate their “primary shared storage” (living at /sdcard) to any adopted device.”

The feature is available in the developer preview of Android M, but requires little work to enable it. Users are required to run this command to activate it.

In the Google+ post, Sharkey notes that the new update also brings in a better support for USB OTG storage devices. A user will now see a notification giving him an option to “browse” as well as options to manage and copy contents after inserting a device.

Was this article helpful?
YesNo
TechPP is supported by our audience. We may earn affiliate commissions from buying links on this site.
#Adaptive Storage Devices #Android M #Google IO 2015