Leaving aside for a moment all the craziness following the Google I/O conference, it’s time to have a look at how are things looking for Microsoft, who is trying hard to increase the marketshare of its mobile operating system. The upcoming Windows 10 Mobile will probably help with that but Microsoft also needs some impressive devices to convince customers to buy them. 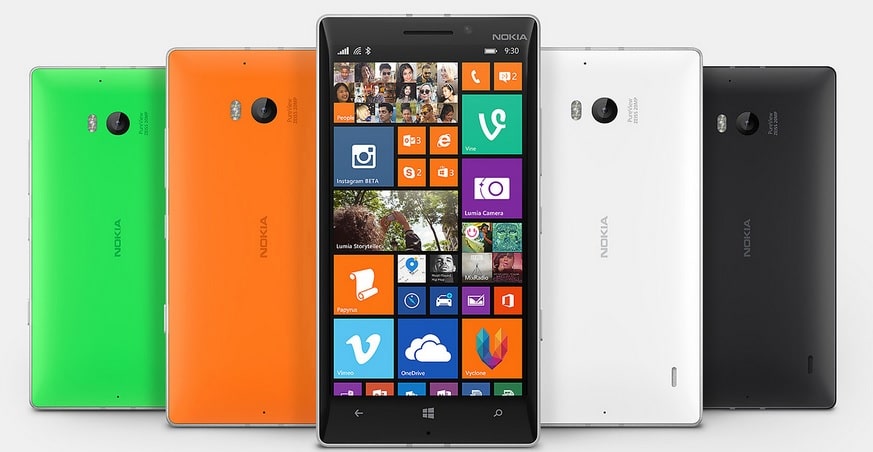 And it seems that Microsoft plans to come up with some impressive specs and features in its upcoming smartphone, rumored to be the Lumia 940 and Lumia 940 XL. Back in March, we reported on a rumor which was suggesting that they could get an iris scanner for niometric authentication along with support for a docking station. Now we’ve got some fresh intel which further suggests the phones are indeed going to get some impressive features.

According to a fresh report coming from WMPowerUser.com, the upcoming Lumia 940/940 XL duo is said to come with some nice specs, such as a 3GB RAM, 32GB of internal storage, and a 20 MP rear camera. All these are common specs, but the XL version will get a bigger 3300mAh battery as opposed to a 3000mAh battery on the 940 one, along with a slightly bigger 5.7-inch display (2560×1440). Snapdragon 808 is also rumored for the bigger model, but there’s no news yet with regards to the 5.2-inch version.

Another recent report talks about a new photo on Twitter which appears to show a display piece from an unknown Lumia device. There seem to be some curved edges on the screen and there’s a chance that this new technology could make it into the new flagship smartphones. Furthermore, the Lumia 940 could also get a USB Type C connector, according to German site Winfuture.de, which may be used for the Continuity feature to allow users to switch between touch mode and desktop mode.

Microsoft really needs to put on the market some amazing devices if it wants to steal some marketshare from iOS and Android. And if these two new handsets are going to feature all these new features that we’ve mentioned in the post, then yes, it’s going to be one hell of a fight.

TechPP is supported by our audience. We may earn affiliate commissions from buying links on this site.
Read Next
10 Ways to Fix Photos App Not Working in Windows 11 [2022]
#lumia #microsoft