Bummer! Windows 10 Home Users Won’t Get to Decide What Updates They Install and When

Microsoft announced earlier this week that it will be releasing some versions of Windows 10 on July 29. The Redmond-based company also revealed the minimum hardware requirements a computer needs to possess in order to upgrade to the forthcoming operating system. A blog post on the site also reveals several interesting information such as listing the Windows 7 and Windows 8.x features the new version of the desktop operating system won’t ship with, as well as an upgrade policy. The upgrade policy in question, however, is deterring. 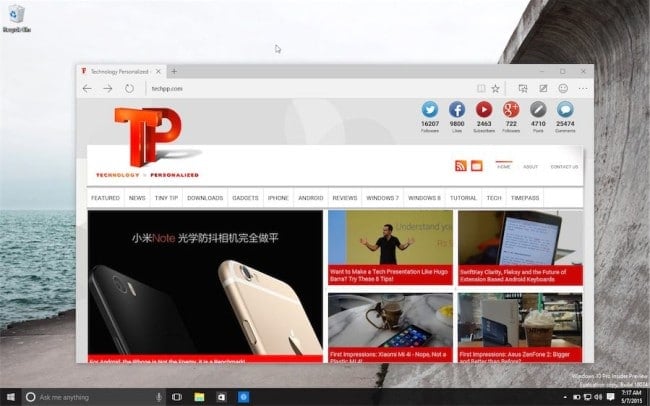 The company mentions that Windows 10 Home users will automatically receive the update, which is what’s scary.

One way to look at it is that Microsoft is momma-feeding the Home users. Being the most basic version of the desktop operating system, Microsoft perhaps thinks that its users are not smart enough to decide for themselves whether or not they want to install the latest update. This forceful shoving down of the update to a system might miff many users. In simple words, if a user is connected to the internet, Microsoft will download and install ANY available update AUTOMATICALLY.

What if an update the company pushes breaks the system? While Microsoft’s track record with update hasn’t been worrisome in the recent past, we know how annoying and terrible things could get when the update doesn’t do its job well (I’m looking at you iOS 8.0.1). There are many more practical scenarios where the company’s move doesn’t appear to be in the best interest of users. What if a user is on a limited data plan? The automatic update could eat a significant amount of data.

Interestingly, the company is aiming to make the upgradation process easier in Windows 10. Though, that leeway is only limited to enterprise and business users. Through information shared with Windows reseller partners, we’re now learning that the company is giving IT administrators more control over the roll out of new features to users — giving them the power to delay the installation of new features by up to ten years. My contention is that every Windows 10 user, irrespective of the edition they are on, should have the ability to delay the update or cancel it altogether if they choose to do so. Ideally, Microsoft may enable the auto download and auto update option by default, but it should still let Windows 10 Home users deter the download and/or installation of individual updates if that’s what they want.

We’ve asked Microsoft to explain their thought process behind this move, and will update the post when we hear from them.