Apple Music will let you Download Songs for Offline Playback

Apple Music is Tim Cook’s and his team’s biggest bet at the moment. In order to make sure it gets widespread adoption, the company has gone as far as to releasing its very first Android app, on top of a very competitive family plan which is cheaper than its competition. 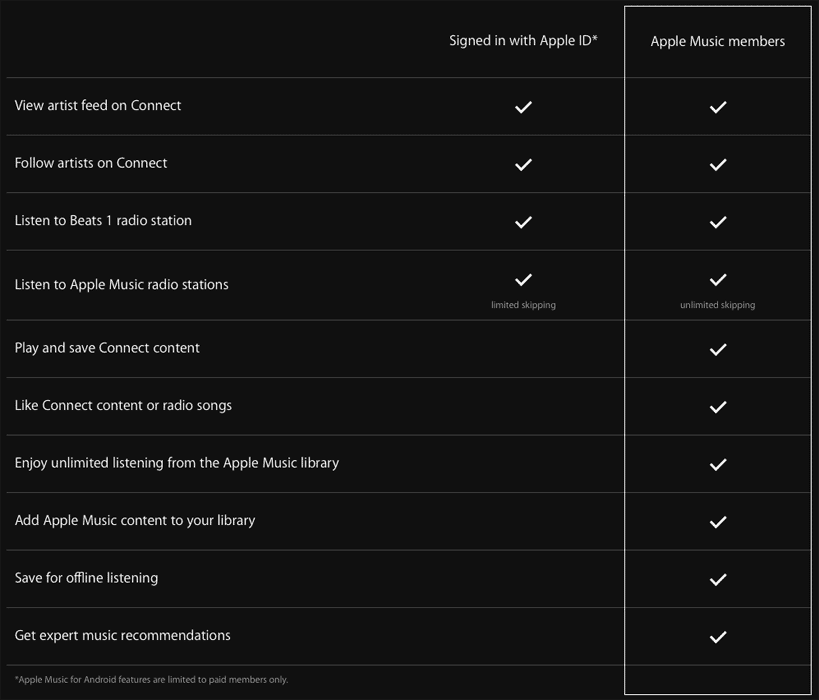 If you are excited about Apple’s upcoming music subscription service, you probably have a few of questions that are still unanswered. And one of them, of course, is the ability to download songs for offline playback. In a statement released to Re/code, Apple has confirmed that this feature will indeed make its way into Apple Music:

“As an Apple Music member you can add anything from the Apple Music library — a song, an album or a video — to your collection,. And that’s just the warm-up act. From there you can create the perfect playlist from anything you’ve added. You can save it for offline listening and take it on the road.”

Apple needed to make offline playback available if it wanted its service to become a real threat to Spotify and others. There are many moments when you’re lacking a data or a WiFi connection, so being able to enjoy your favorite songs is pretty nice. However, you just need to remember to download the music you wish to listen before you get disconnected, so that it can be stored locally on your device.