Having to unlock your phone every time you receive a call can become jarring over time. Most smartphones allow users to let them take calls without the hassle of unlocking the device, but then it opens the possibility of unauthorized usage. Amazon may have a solution for that. 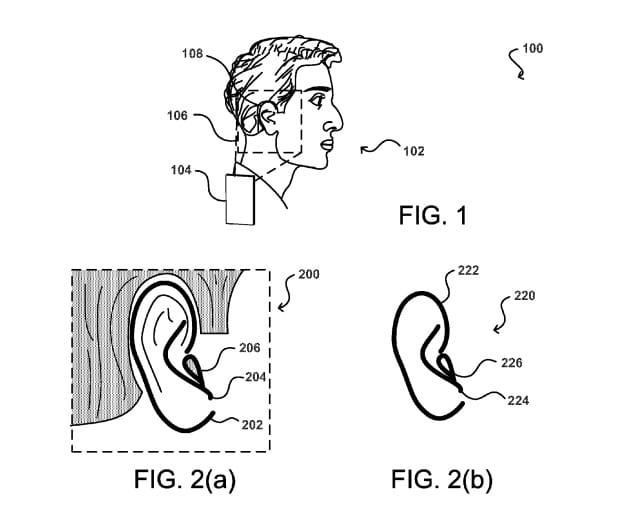 The world’s largest e-commerce company was granted a patent last week that reveals company’s intention to ease up the unlocking mechanism in a phone when a user receives a call without any security tradeoff.

Imagine taking out your phone from the pocket and holding it in front of your ear for a second and it automatically identifies the right owner of the device. That’s what the company wants to do, according to the patent 13/083,330.

As mentioned in the puzzling description, as soon as a user brings the phone closer to the ear, the device takes a photograph of the user’s ear and identifies — tapping the biometric information — whether it is the rightful owner of the device who is accessing the phone.

“An electronic device can attempt to capture at least one image including at least a portion of a user’s ear when the user utilizes the electronic device for certain purposes, such as to receive a call or listen to an audio file,” reads the abstract of the patent.

“In other embodiments, the device attempts to recognize the user based on ear shape or other parameters, and can provide customized functionality of the device based at least upon that determination.”

Much like a human thumbprint which varies person to person, one’s ear lobes and its orientation also don’t identically match with others, allowing us to use it as an identification measure. And it’s actually pretty good.

“The ear is a maturing biometric with qualities that give it superiority over other biometrics in a number of situations; in particular the ear is relatively immune to variation due to ageing,” said (PDF) computer scientists at the University of Southampton at IIEEE Fourth International Conference on Biometrics Sept. 29, 2010.

Was this article helpful?
YesNo
TechPP is supported by our audience. We may earn affiliate commissions from buying links on this site.
Read Next
12 Best Audible Alternatives: Top Free or Cheap Audiobook Apps [2022]
#Amazon #biometric sensors