If you’re looking to learn English or maybe to improve your command of this ubiquitous language, then there a few apps that you could try out. But if you are curious to try out other creative ways to help you improve your English, you will probably be interested in Visual Dictionary, a new app for Android and iOS users which lets you find out the English name for your surrounding objects. 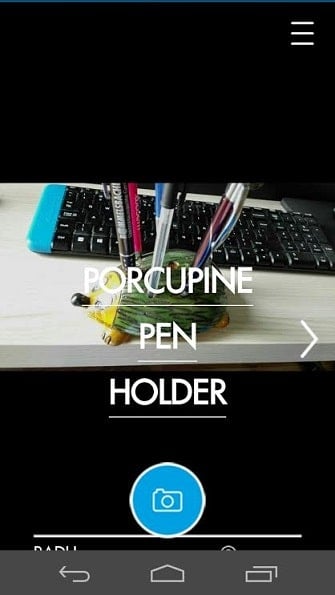 I took it for a test myself and found it that it was pretty good, actually. In most of the cases, and when the object was recognizable and understandable, the app was spot on. You can see this in this right aligned picture, where the app was able to describe the object correctly (a hedgehog is not a porcupine, but we must agree that they are very similar, especially for an algorithm) and understood that I wasn’t trying to figure out the name for the keyboard, which wasn’t on the front plant.

So, after you will have downloaded the app on your iPhone, iPad or Android smartphone, start taking pictures of objects whose names you still don’t know in English. The app will then start looking for a match online. When it finds its, you can read about its meaning and also listen to its pronunciation. All the objects that you have taken a picture of with the app will be stored, so you can always come back in case you’ve forgotten the name for a particular object.

The app has been developed at the initiative of the British Council, the world’s largest English-language teaching organisation. The app has been made in collaboration with the Cambridge Dictionary, so each search offers the correct pronunciation and meaning. Go ahead and give it a try, I can guarantee that you won’t regret it.

TextSniper lets you Capture Text from Images and Visual…
Poco X2 FAQ: Everything You Need (to know), Nothing You…
How to Use YouTube in Picture-in-Picture (PiP) Mode on iOS…
Happy birthday, Elon Musk! 10 Facts you probably don't know…
Apple’s Find My App Will Now Help You Find Your Third-Party…
Realme 6 Pro Review: Do not go by the name, this has the X…