Our smartphones are becoming increasingly powerful with each new iteration. Most of the flagship phones today sport QHD display, and Herculean processor and memory. But packing in such muscly combination comes at a cost: mediocre battery life. That’s also one thing that hasn’t innovated at the same pace as other modules of the phone. 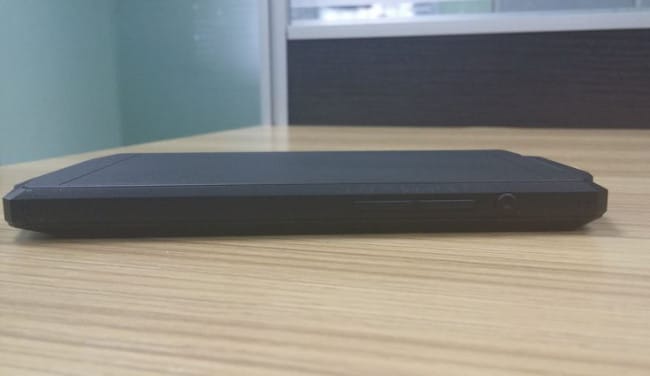 But thankfully, despite the slow innovation in providing a significant improvement in battery technology, there are companies that are trying to stretch a phone’s battery life. Just earlier this month, we saw Gionee launch the Marathon M5 which comes with a 6,020 mAh battery, a feat it achieved by coupling two cells together. But we now have a company that wants to take this to a whole new level.

Oukitel, a Chinese smartphone manufacturer you’ve likely never heard of is catching our attention today for its bold announcement. The company says that it’s working on a phone that packs in a 10,000mAh battery cell. The mammoth will make sure that your phone runs for a week, the company says.

This is the first time a company is attempting to put up a 10,000 mAh battery in a phone. Naturally, the phone in question — which is in its prototype phase these days — will take much longer to charge than the average Joe phone. The company could significantly reduce the charge time by implementing the quick charge technology in it though for now it shies away from making any such announcement, or any other announcement, for that matter.

The company, for now, isn’t revealing the other hardware information of the phone, or even the Android version it will run. We’ll keep our ear on the ground to check for any development the company makes in this project in the coming months.