Manu Kumar Jain: The Xiaomi India Head… With a Smile!

“He is the man heading Xiaomi India? I thought it was Hugo Barra!”

That is the reaction of just about every non-Geek I met in recent times who read Fortune India’s “40 under 40”, which features 40 CEOs in the country who are on the right side of forty. One of them is Manu Kumar Jain, the head of Xiaomi India.

That statement tells you a lot about the man. In an industry where people love the spotlight (we have seen fights break out backstage between executives as to why a certain person was taking more time on stage than another one), Jain prefers the shadows. He does not lurk sinisterly in them. He just prefers to stand in the wings. 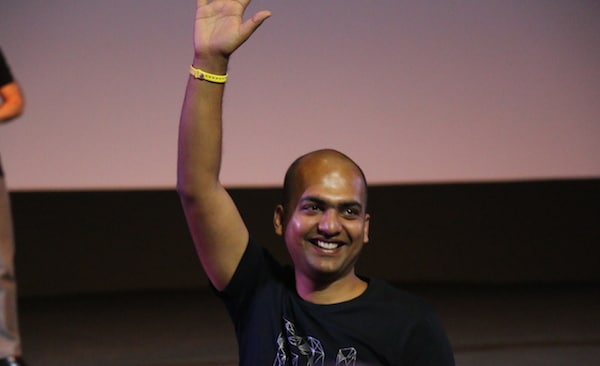 I have seen him at five events. And in each he was content to say a few introductory words, and then pass the baton (or rather the microphone) to the man he refers to the “rock star” – the charismatic Hugo Barra. Some would consider that to be only natural, given the stature of Barra, but then Jain (he insists on being called ‘Manu’ incidentally) is not exactly a rookie either. He is a co-founder of online fashion retailer Jabong, and has studied engineering at the Indian Institute of Technology (IIT), Delhi and management at the Indian Insitute of Management(IIM) Calcutta. We have less distinguished people throwing their weight around at conferences, doing their best to wrestle the spotlight from better known international figures.

The only thing Manu (I am going to call him that – he gave me licence to) throws around at an event or a meeting is his smile. It is a hell of a smile, though. One that has made Hugo Barra refer to him playfully as “Mr Handsome” at events.

Like Barra, he is very accessible. And exudes a charm of his own. One that is built around laughter. I remember talking to him about the Xiaomi controversy with the Indian Air Force (when the IAF had allegedly circulated a memo asking its staff to not use a Xiaomi handset) and what struck me most was the sang froid of the man. He seemed unflappable. Not in a cold, efficient manner. But well, in a surprising warm one. We expected some nerves and irritation, what we got was a lot of common sense and even some humor. He admitted the matter was one of concern but gently reiterated that Xiaomi would not be stepping away from India. “We are not going anywhere. We will sort this issue out and we will launch other devices,” he said, and then added almost impishly, “Why should we go? We are not doing too badly, are we?” And then came the laughter.

It is not flippant laughter. It is not sneering in nature. There is something warm about it, something you can feel across a telephone line. You can feel it when you meet him too. I have actually spoken to him face to face just twice, and only once for an extended period. And both times I wished I had spoken longer. And evidently I am not the only one who thinks so. One of his colleagues admitted “You cannot get angry with him. You just cannot. Not an option.” I remember getting a bit flustered when the SIM tray of the Mi 3 review unit I had received had gone a bit wobbly and as a consequence, the phone was not recognising the SIM. I pointed the matter out to the communications team, and a few hours later, Manu called and asked me to describe the problem. His reaction was unique. He did not huff and puff and accuse me of tampering the device. He did not apologise for the inconvenience caused.

He laughed. And said, “Good heavens, we cannot be having that, can we? Are you sure you used the right SIM extractor? You did. Right, let me see if I can change your mind with another unit.” It remains the only time I have talked to the head of a company about a defective unit and ended the call with a smile.

Manu Jain has that kind of effect on people. Hugo Barra inspires awe. Manu Jain inspires affection. “He is genuinely a nice guy,” one of my colleagues remarked. Small wonder that when people discovered he liked Iron Man (he would!), they were actually trying to dig out memorabilia for him. Oh aye, hard-bitten media types. Not because they would get a favour in exchange. But hey, because you want to do nice things for a nice guy, don’t you? (you don’t? Stop reading NOW!) 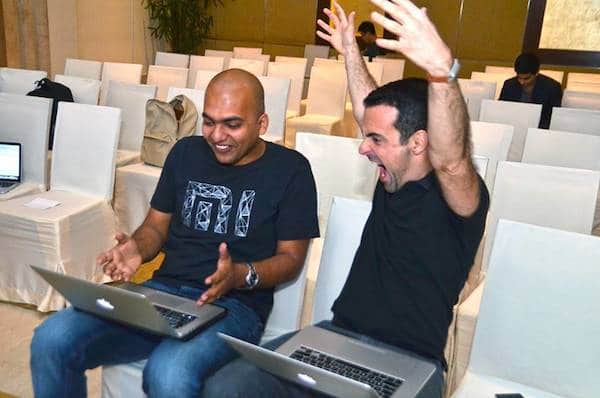 And he manages to be so without doing anything spectacular. He just seems to go about his work with the air of someone who likes what he is doing (there are so few of that type around). When I walked over to him after the Mi 4 launch, he was looking wryly at a computer, and before I could speak, grinned sheepishly and said: “Work.” He was busy, but he did not seem unhappy about it.

The man reminds me a lot of a cricketer called David Gower. Blonde, blue eyed, Gower would amble out to bat for England in the seventies and eighties, looking as if he had just risen from his sleep, and proceed to score with such elegance that the bowlers would feel they were being whipped to death by scented bootlaces. And he used to smile right through it all. Sometimes even when he got out – I remember him smiling sheepishly once after his stumps had been wrecked. He was in a team of titans (the likes of Gooch, Botham, Willis, Knott) but was content to stay out of the limelight. Yet he never seemed out of place, although he never courted the spotlight.

Like Gower, Manu ambles in rather than charges into a crisis. Like the Englishman, he does not get flustered and manages to have a laugh about things. Like him, he does not seem to be too impressed with himself or what he has achieved. And just as Gower once shocked his team’s dressing room by walking in wearing a three piece suit dressed on the day of a watch, Jain evidently made an impression on the IIM interview panel by walking in dressed in kurta pyajamas, Indian formal wear in an institute notorious for churning out Saville Row suit types. Gower once left his car in a lake. Jain, it is said, once forgot to fill the entrance exam forms for the IITs.

And yet at the end of it all, Gower is still remembered for being a brilliant cricketer who gave the cricket loving crowd a lot to cheer for. And good cheer is something that Manu Kumar Jain brings to every event. There’s that grin. That warm unflappability. Small wonder that although he is often overshadowed by Barra at many of Xiaomi’s events, he remains a vital cog in the company’s Indian wheel, a fact that Barra recognises. “You HAVE to talk to Manu,” he has insisted more than once when we have chatted about products and Xiaomi’s plans in India. But he is a bit hard to catch, always up to the neck in work, thanks to his penchant for not ignoring queries.

Oh, and above the neck, is the inevitable smile.

Manu Jain might be overshadowed by Hugo Barra.
But I don’t think it bothers him.
He revels in his role.
And being in the shade is not a bad thing.
Just ask the Spartans.

Moto turns foldable phones on their head with Razr, and gets…
OnePlus Nord vs Xiaomi Redmi K20 Pro: Another OnePlus and…
"Too expensive!": Does Xiaomi have an image problem in…
Xiaomi Debuts the Mi 11X Series in India Alongside the Mi 11…
Has Xiaomi cracked the premium puzzle in India?
Xiaomi Mi Business Casual Backpack Launched in India for Rs…