At a media event in Beijing, China, local smartphone manufacturer Meizu launched its latest flagship smartphone, the MX5. At the sidelines of it, the company also announced a new power bank, which perhaps is the biggest takeaway from today’s event. Reason? Called the Meizu Power Bank, it is the first of its kind to support fast-charging. 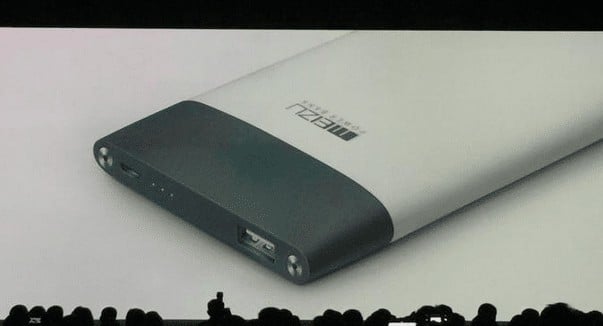 Power banks are cool, but you know, they take forever to charge. I have a power bank from a company called Zoook, and I kid you not, it takes 13 hours to charge completely. The Meizu Power Bank, which is available in 10,000mAh capacity, is addressing this annoying problem. The company says that thanks to its fast-charging support, you can have an MX 5 smartphone connected to it, and still manage to get the full-charge of 10,000mAh in less than 3.5 hours.

If that wasn’t exciting enough, the Meizu Power Bank supports fast-charging both ways. So the phone you have connected to it will also take less time to charge, provided it supports fast-charging, obviously. Priced at 149 Yuan (Rs 1,500/ $23), the Miezu Power Bank goes on sale from July 31. Interestingly, the company didn’t showcase the prototype of the device as it is crowdsourcing the project just to gauge the interest for the accessory. Obviously, the power bank will be made available in China only to start with and interested users can go ahead and show their support by pledging a nomnal amount on JD.com just to indicate the interest for the power bank.

Xiaomi Mi Boost Pro Review: One Power Bank to Charge Them All!
Read Next