For those who are not aware, CyanogenMod is an open-source operating system for smartphones and tablets which is based on Android, being different from the commercial enterprise Cyanogen Inc. The company had been established back in 2013, when they have obtained venture funding. 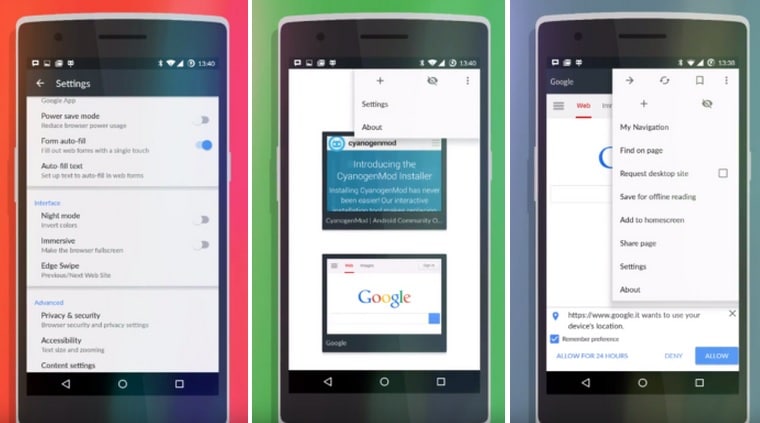 Recently, we’ve seen many interesting moves coming from Cyanogen Inc, such as the partnership with Truecaller for caller ID functionality and the recent one with game store Playphone. The company has gone as far as to plan to preinstall Microsoft’s apps and services on Cyanogen OS smartphones, which will be quite unusual for an OS which has grown from the backbone of Android.

Now, according to recent information coming from one of the members of the CyanogenMod team, it seems that they are working on a brand new browser based on the open source code of Chromium. The upcoming browser is allegedly called Gello and even if it’s developed by the CyanogenMod team, which is different from CyanogenInc, there’s still a big chance for future Cyanogen OS smartphones to get Gello, because Cyanogen needs to as many features as possible to be perceived as a different and unique mobile OS. Have a look at the teaser video below:

We can see several features that Cyanogen is working on, such as an advanced download manager, a Night mode, Edge Swipe gesture, advanced per-site permissions control, a power saving mode and a offline reading list. Gello is based on Chromium’s open-source code, which is another product ‘inspired’ from Google’s efforts.

Was this article helpful?
YesNo
TechPP is supported by our audience. We may earn affiliate commissions from buying links on this site.
Read Next
15+ Best Chrome Themes to Download in 2022
#browser #Chromium #Cyanogen #CyanogenMod