India has become one of the world’s largest smartphone markets. Each quarter we see millions of new smartphones shipped across the country. But what kind of smartphones are those? And what kind of people use them? A new study is shedding light on the matter. 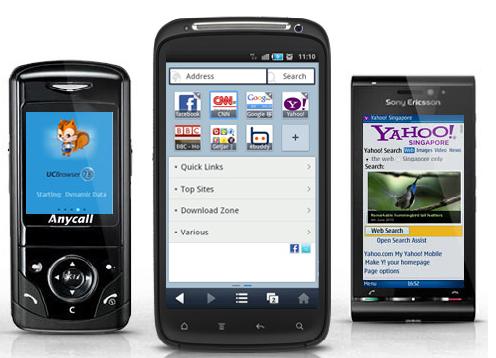 According to the latest data released by UC Web — a popular Chinese internet company best known for its mobile browser — about 65 percent of Indian users sport a phone that carries sub Rs 10,000 price tag. 38.2 percent of all such phones have a screen resolution of 800 x 480. 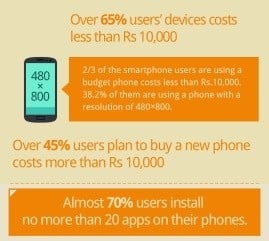 The study also talks about the adoption of smartphones and internet usage in the country. And the numbers aren’t pleasing. The study says that more than 80 percent users accessing the internet in India reside in 6 states. These states include Delhi, Maharashtra, and West Bengal.

It’s a displeasing figure because it proves that the internet penetration in the country has only taken off in limited regions. The company — whose browser has over 45 percent share among all mobile browsers — notes that 92 percent of all its customers are male. Of the total user base, about 80 percent users are of the age 25 or younger.

We hope the ratio to change soon with Digital India, as well as Facebook’s Internet.org, helping bring internet accessibility to more users.

The study also reveals that about 30 percent of users only install 10 or fewer apps on their mobile phones. We assume UCWeb is talking about third-party apps, as all GMS-enabled Android smartphones ship with over a dozen Google apps. Then we have smartphone manufacturers shipping their own partnered apps.

Analyzing user’s internet pattern, UCWeb says that music apps are the most popular among Indian users. Furthermore, 79.3 percent of all downloaded media on their browser was found to be a music file.

Was this article helpful?
YesNo
TechPP is supported by our audience. We may earn affiliate commissions from buying links on this site.
#Internet Penetration in India #UC Web