Truecaller’s Truemessenger Helps You Get Rid of Spam SMS, But Has a Privacy Problem

Truecaller is the world’s largest mobile phone ‘community’ for mobiles, with around 150 million members worldwide. The company is known for its caller-ID app which essentially allows you to see who is calling even if you don’t have their number in your phonebook and also to block unwanted calls from spam callers. 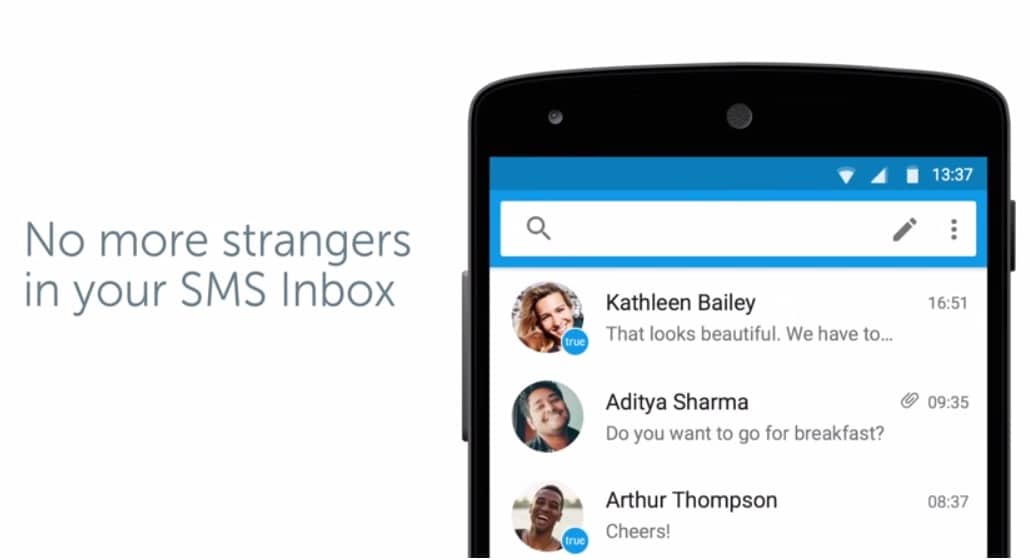 Now the Swedish company is making use of its huge base of users to launch Truemessenger, a new SMS replacement app for Android users which lets you verify the identify of those who send text messages. At the moment, the app is available exclusively for Indian users and we don’t know when it will roll out to international users, as well.

So, if you ever received annoying SMSes from a stranger or just spam SMS from various sellers or companies who are aggressively promoting 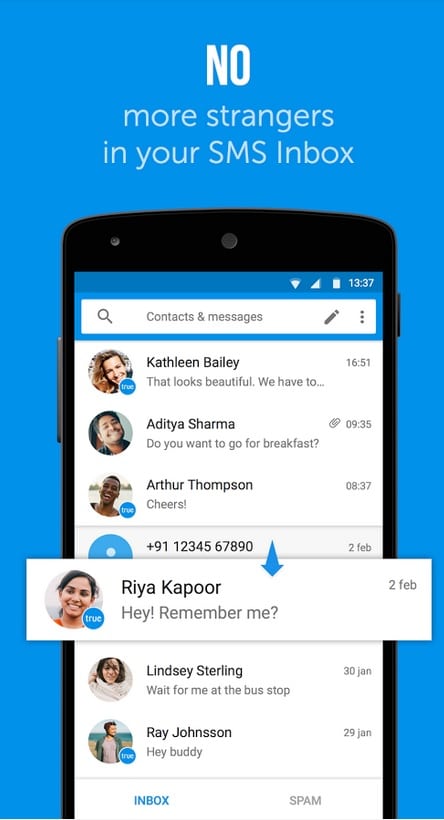 their services or products, then you will find great use in this app. Once installed on your Android phone, the app will tell owners who is the sender of a certain suspicious SMS, even if you don’t have it in your list of contacts. The app also claims to automatically block spam, and there’s also an option to report it.

Truemessenger tries to maintain your inbox clean, by automatically sending spam messages to a separate folder. Furthermore, in case you’re really bombarded by spam SMS or you’re just somewhat familiar with the senders, by using advanced filter options, you can also include known spam keywords or number series such as area codes or country codes.

It also has a social aspect, as it can assign photos, nicknames and other information from Facebook to your friends when they contact you. Truecaller says that around 15 percent of all SMS messages are spam, which means that there are around 600 billion unwanted messages being sent each year.

Truemessenger is initially available for Android because the OS allows for third party SMS/messaging apps, something that isn’t possible on Apple’s iOS platform doesn’t. And here’s where the privacy problem appears – Truecaller hasn’t specified where exactly are they storing your messages, so at least theoretically there is nothing which stops them to mine the data (or ANY other third party SMS replacement app, for that matter). At this point, we should also mention that, if you have TrueCaller installed, it already has access to your SMS messages.

Update: TrueCaller claims that they process the data locally and doesn’t transmit the message (other than the sender’s phone number) to their servers.

Besides this, there are millions out there who are using one-time passwords to login to their bank accounts. So if TrueMessenger detects that as a spammy sender, it will annoyingly move it to another folder. And when taking a glimpse at the permissions of the app, there’s quite a few out there. We will update with more details on this if Truecaller cares to further clarify this matter.

Looking back at how popular their first app was, it’s worth pointing out that this was probably one of the reasons which made Facebook release their own caller ID app – Facebook Hello. Also, it’s worth pointing out that Cyanogen has also partnered with Truecaller in order to bring the same functionality into future Cyanogen OS smartphones. We’re just wondering if Truemessenger will be able to enjoy the same success.

Truecaller launches Guardians: a safety assistant for the real world
Read Next

The Redmi Note 11 series arrives in India... but has it put…
How to use Disposable Email Address with Gmail to cut down…
The Ultra gets spotlight, but the 11X and 11X Pro get "Crazy…
Truecaller introduces Group Chat feature on Android and iOS
Truecaller introduces Call Reason to inform users about the…
Truecaller launches Guardians: a safety assistant for the…