Popular messaging client WhatsApp, which introduced the voice calling feature on its mobile apps earlier this year, is now figuring out how to reduce data usage while making those VoIP calls. 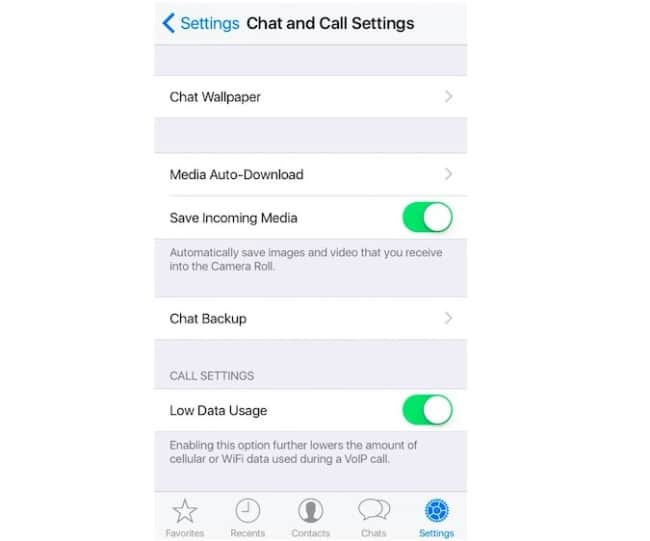 Making progress on that front, the company has introduced a new feature dubbed “Low Data Usage” on a recently released beta v2.12.5 of WhatsApp’s iOS app. The description of the feature confirms that enabling this option will lower the amount of bandwidth voice calls consume.

“Enabling this option further lowers the amount of cellular or WiFi data used during a VoIP call,” the description reads. The feature, as of now, is only available on WhatsApp for iOS apps and is yet to show up on other clients.

WhatsApp introduced voice calling in April earlier this year. Since its first appearance on the Android client in February, it has been rolled out to all other mobile clients as well, including on WhatsApp for Windows Phone just a week ago.

Voice calling over the internet is one of the areas that has many companies interested. Facebook, which owns WhatsApp, announced in April this year that its marquee Messenger client now accounts for 10 percent of all global VoIP calls.

One issue with voice calling over VoIP, however, is that they eat up too much data. This makes them not a feasible alternative to traditional cellular calls. And this is where many companies are investing heavily.

Was this article helpful?
YesNo
TechPP is supported by our audience. We may earn affiliate commissions from buying links on this site.
Read Next
What Is WhatsApp Call Link? How to Create a WhatsApp Call Link
#WhatsApp #WhatsApp Voice Call