Facebook Said to be Planning its own Music-streaming Service to Take on Apple Music, Spotify and Others [Update]

The music streaming market is on a increasing trend, especially now that Apple is onboard with its brand new Apple Music service (which is now available to iOS users through the latest iOS 9 beta). A fresh report is now claiming that Facebook could be joining the race with a brand new music streaming service of its own. 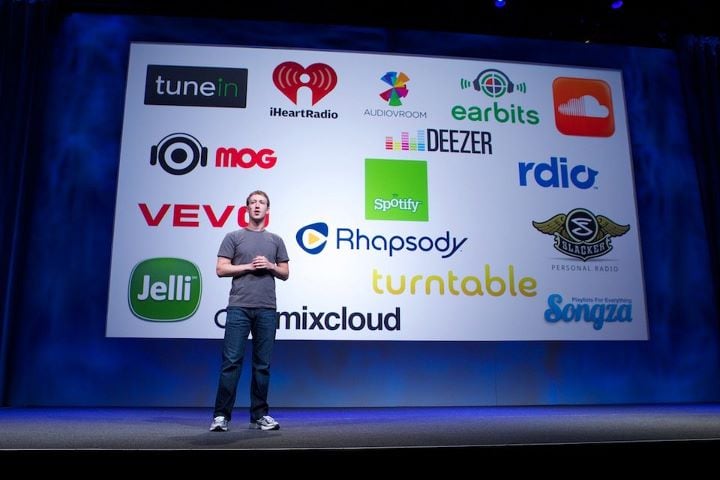 As Apple’s new Apple Music service gets ready for a global release, its competitors are already thinking of ways to counteract the threat from the behemoth tech company. But while everybody is focusing on Apple, a new surprising player could make its entry into the game. Recent reports tied Facebook to record labels through ad-supported music videos but now MusicAlly claims that the world’s biggest social network is actually working behind the curtains on their own music streaming service.

We don’t know exactly when could Zuckerberg & Co be planning to come up with this new service but inside sources said that the company is currently focused on a music video platform which will precede the launch of the music streaming service. We should hear more about Facebook’s music video plans within the next few months. Here are some more details from the publication:

Sources told Music Ally that talks for the music-video side of things are at an advanced stage, with a rollout expected to happen in the next few months. We understand that the Content ID-style system is being licensed in from a third party rather than built in-house, with labels keen to be sure that the system is reliable and efficient before finalising licensing deals.

Facebook will match YouTube’s per-stream rates to rightsholders at launch, although rightsholders hope there is scope for those rates to improve once the service is up and running – especially if Facebook’s targeting capabilities enable it to charge advertisers more, as well as if the social network stumps up to secure exclusives on specific videos.

If Facebook decides to go this way, then it will most likely opt to purchase a smaller subscription-based company to use its know-how as a backbone instead of building everything from the ground up. The sources who spoke to MusicAlly said the following:

“It’s a mass land grab. Facebook going into the video space was always going to be an enormous, ambitious land grab and no doubt something they’ve been planning for some time as the potential income from ad revenue will be incredible. On Facebook’s move into monetised video, all of us could see it coming for months. We have all been really utilising it in internal testing. It is way, way ahead of YouTube.”

In order to expand into new areas, Facebook paid in the past a massive $19 billion for messaging app WhatsApp, $2 billion for virtual reality startup Oculus VR and $1 billion for photo-sharing app Instagram; so money definitely isn’t a problem for them. And with almost 1.5 billion users, an upcoming music streaming service coming from Facebook could become just as big a threat as Apple Music is already to Spotify and others.

Update: Facebook has refuted the claims and says it’s not working on any such service.

3 Free Ways to Transfer Playlists Between Spotify, Apple…
ByteDance's Resso social music streaming service Launched in…
Facebook announces Facebook Pay for Facebook, Instagram, and…
Forget the iPhone SE, OnePlus 8’s biggest challenge is its…
With ColorOS 11, Oppo can now be comfortable in its own skin
Amazon unveils its cloud-gaming service Luna along with the…