It did sharply divide opinions – some called it a cheap knock off, others the coolest thing since sliced bread – but what cannot be denied is that the original Yureka, the first device under the YU brand, which represents the tie-up between Micromax and Cyanogen, was a massive hit. Online sales of the device often lasted lesser than a 100 metres sprint by Usain Bolt, and the company claims to have sold more than half a million units of the device since it went on sale in January 2015. Hardly surprising when you considered the sort of specs it served up for its jaw-dropping price of Rs 8,999 – a Qualcomm Snapdragon 615 processor, 2GB RAM, 16GB storage (expandable), 13.0-megapixel rear and 5.0-megapixel front facing cameras, a 5.5 inch 720p display. All this topped off with the goodness of Cyanogen with guaranteed updates for two years. 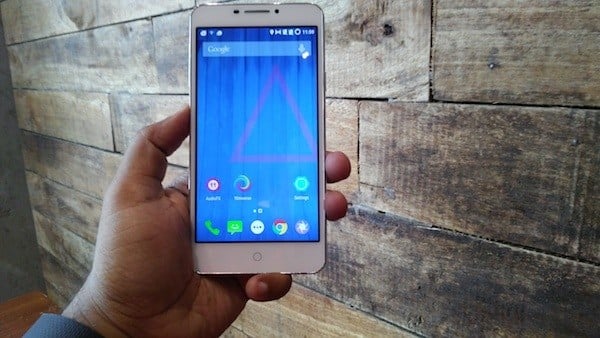 And now YU has released an updated version of the device, titled the Yureka Plus. In best “if it ain’t broken, don’t fix it” tradition, most things have been kept the same as in the original. The few tweaks, however, are significant. The most obvious is the upping of the resolution of the display to 1080p, making it a full HD one. The second one, which is perhaps even more obvious considering it is visible even when the phone is switched off, is the addition of metal to the chassis, making the phone tougher than before (there’s even a video that shows YU founder trying to break the phone!). Finally, there is a new colour in the mix. In addition to Moonstone Grey, the device will also be available in ‘Alabaster White,’ which is the model we have received. No, it is not a traffic stopper (neither was the first Yureka, to be honest, which was a living example of beauty lying below the superficial surface) but it feels reassuringly solid.

Everything else – display size, RAM, processor, storage and cameras, et al – remains the same. The Yureka Plus even has the same placement of volume and power/display buttons- volume on the left, power/display on the right, and both are still metallic. We also spotted a new sensor next to the speaker on the top, alongside the front facing camera, about whose role we will be making inquiries. Some might also point out that the Yureka Plus runs Cyanogen 12 based on Android L rather than Cyanogen 11 as seen on the original Yureka, but hey, that Yureka has been updated to Cyanogen 12 too. One spec whose similarity does worry us is the presence of the same 2500 mAh lithium polymer battery – it did a decent enough job on the 720p display of the Yureka, but we reckon the full HD one of the Yureka Plus will drain it more. 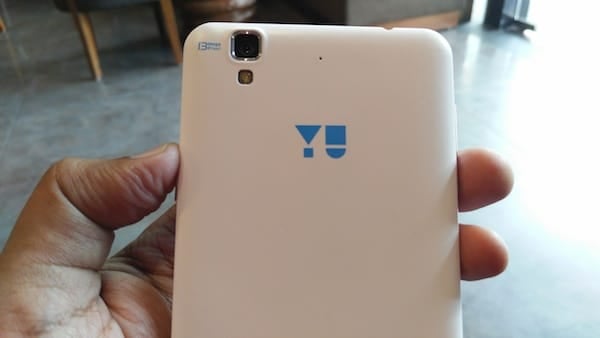 Rounding off the similarities with its predecessor is its price – no, it is not exactly the same, but at Rs 9,999 it makes the device formidable value for money. In fact, at that price tag, the Yureka Plus goes up right alongside the Lenovo K3 Note as the most affordable full HD device out there in the Indian market (yes, we will try to do a comparison – there are no K3 Note units available for review at the moment of writing, alas). It goes on sale on Amazon India on July 24. Usain Bolt time again? With those specs and that price, we would not bet against it. Stay tuned for our review.

Was this article helpful?
YesNo
TechPP is supported by our audience. We may earn affiliate commissions from buying links on this site.
Read Next
[First Cut] Redmi Watch: A rather watch-ful debut
#First Impressions #hands on #Yureka Plus