After a one-of-its-kind VR launch late last month, the OnePlus 2 is about to go on sale on 11th August in five countries. Interestingly enough, the company CEO has revealed that there will be yet another new smartphone launch happening by the end of this year. 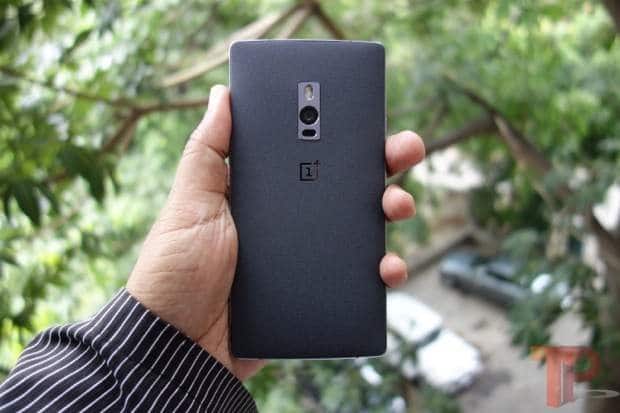 Speaking to Eli Blumenthal of USA Today, Carl Pei, the OnePlus co-founder minced no words when he was asked about any plans for another phone this year.

There’s going to be a second phone this year, before the end of the year. Hopefully for Christmas.

He didn’t quite stop there, and went on to spill some more beans which can possibly put some prospective buyers in a dilemma:

It may or may not be (higher spec’d than the OnePlus 2). When I saw the prototype for that phone I was like ‘holy s— that’s going to be my daily driver’ but then when the OnePlus 2 production version came out it’s also super nice, so its really hard to decide now what to use.

So he doesn’t quite rule out that the new OnePlus phone to be better specced than the OnePlus 2. In fact, many rumors earlier suggested OnePlus to launch with two smartphones last week – the OnePlus 2 and along with a smaller/liter version. Obviously, that didn’t happen. Although OnePlus 2 comes with a host of new cool features, it does miss out on some things like NFC, quick charging, QHD display, IR blaster and others.

As per Carl, this new upcoming phone is currently in prototype phase, so ideally, OnePlus can work on the feedback it has received from fans and critics with regards to the OnePlus 2 and implement them in this upcoming phone. But it’s still surprising as to why the co-founder chose to reveal the information at this stage, as it can possibly impact the sales of OnePlus 2.

Having said that, the OnePlus 2 manages to pack in quite a lot for quite less. We are currently testing the phone, and the review should be out by next week. Meanwhile you can read our initial impressions or watch the hands on video embedded below. Do let us know what you feel about this revelation of a new phone coming later this year.

Update: Pete Lau had earlier mentioned about a ‘cheaper’ phone to launch in late 2015 while talking to Bloomberg.

TechPP is supported by our audience. We may earn affiliate commissions from buying links on this site.
Read Next
OnePlus Nord Watch vs Amazfit GTS 2 Mini New Version: Which One Should You Buy?
#oneplus #OnePlus 2