Phicomm might be one of the newest entrants to the crowded Indian smartphone market, but the company is bullish with its prospects in the country. After launching the Passion 660 in June this year, the company is back with its second phone, the Phicomm Energy 653 – a budget entry-level smartphone priced at Rs.4,999 and sold exclusively via Amazon.in.

The Energy series of smartphones are aimed at first time smartphone users, and company doesn’t want them to be exposed to shabby hardware and software experience. The Energy 653 comes with a nice 5-inch HD (1280 x 720 pixels) IPS LCD screen and is powered by Qualcomm’s Snapdragon 210 quad-core processor clocked at 1.1GHz and paired with 1GB of RAM. Although the internal storage is restricted to 8GB, the microSD slot can expand the storage by up to 64GB.

There’s a 8-megapixel camera with F/2.4 aperture on the rear, capable of shooting HD videos, while the front facing camera is a mediocre 2-megapixel snapper. Thanks to the Snapdragon 210, Phicomm Energy 653 becomes one of the cheapest phones with 4G LTE support. It supports both the LTE bands (Band 3 and Band 40) in India. Although it comes with Dual SIM support, we aren’t sure if it supports Dual 4G. 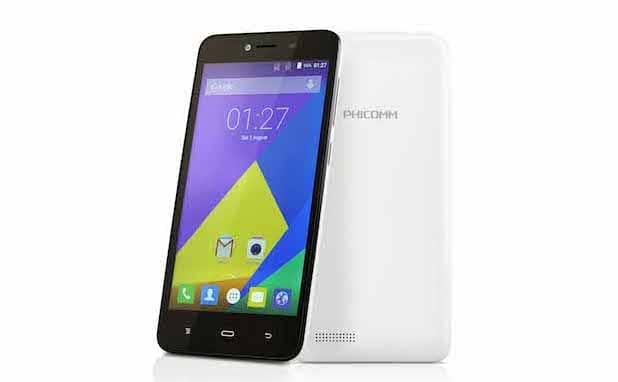 The phone has a decent build quality considering the price with uninspiring design. The back is a glossy plastic which reminds us of Xiaomi’s Redmi Note series. Inside the hood, there’s a 2300mAh battery. The phone runs on the latest Android 5.1.1 Lollipop with Phicomm’s own Expect UI 5.0 on top of it. In our brief hands on with the device, we didn’t see much tweaking around from stock android, except for playing around with the icon design.

The phone feels smooth and camera is decently snappy as well. At its price range of Rs.5k, Phicomm should be applauded for going in with a Snapdragon 210 with 4G LTE support. We will be testing out the device and will be coming out with a detailed review in a week or two. Meanwhile, the phone will be available for purchase on Amazon for Rs.4,999 starting today in Black and White color variants.

Was this article helpful?
YesNo
TechPP is supported by our audience. We may earn affiliate commissions from buying links on this site.
#Phicomm #Phicomm Energy 653