If you’re a tech lover and also the owner of a dog, then you’re probably familiar with pet tracking devices or other gadgets to help you train and take care of your canine. It seems that it’s time to add another new device to the last – the smart collar called Buddy, which is currently seeking crowdfunding on Kickstarter. 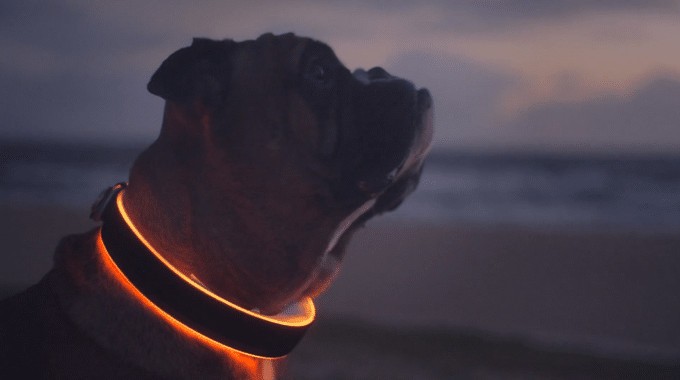 Think of Buddy as an advanced FitBit fitness tracking device for your dog, as it comes with quite a lot of awesome feature. Buddy is a fully integrated LED dog collar packed with WiFi, Bluetooth and GPS. The device comes with a wide range of lightning effects, allowing you to customize it as you want and to give a personal touch to the device. There’s also a light sensor which changes the brightness colors automatically. 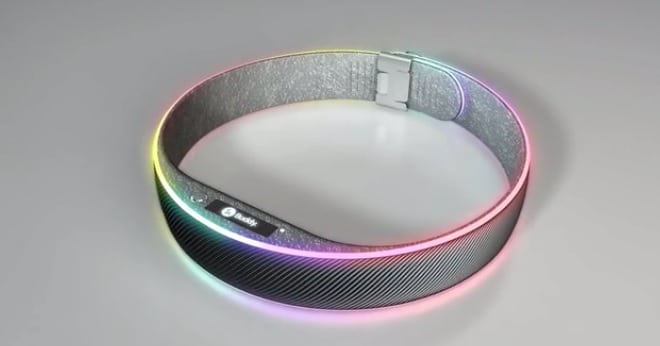 Buddy connects to the WiFi and tracks the activity of your dog, letting you know what he’s up to even when you’re not home. Furthermore, the geofence feature lets you set up an area within the app, so if they run out or worse, they get stolen, you will get a notification on your phone in real-time to track them by GPS.

The device is also a fitness tracker, as it has a 3-axis accelerometer which is displayed right on the collar. The device also comes with an ambient temperature sensors, so you’ll know whether your dog is cold or too hot. Furthermore, as Buddy is a truly smart gadget, it can connect to other devices, such as smart locks, thermostats and lightning, thus allowing you to set the temperature or create zone areas.

The companion app for Buddy is also pretty advanced, as it has a ton of features, such as temperature, activity, social alerts, calendar reminders, LED shortcuts and location status. The Visual FX feature lets you really play around with the lightning effects. The activity monitoring feature lets you track steps, calories and the sleep time of your pet. You can even scan their daily food intake to watch over their weight.

Buddy also has a  Wi-Fi charging dock that communicates with the collar while handling all of the Wi-Fi power demands, thus saving the battery life, allowing the collar to last up to 2 weeks on a single charge. And before you ask, yes, Buddy is also waterproof, so you shouldn’t be afraid of rain next time you’re going out with your canine.

At the moment you can get one Buddy smart collar for approximately $180 USD, but the single drawback is that the estimated delivery is quite far away – july 2016. But if you’re willing to wait, then I’m sure your dog is going to be really, really happy.

Was this article helpful?
YesNo
TechPP is supported by our audience. We may earn affiliate commissions from buying links on this site.
Read Next
Wear Graphene Gamma: One Jacket to Rule Them All
#Kickstarter