Lenovo is coming up with two new entrants in the ThinkPad Yoga lineup, the 260 and the 460, which will be available this fall. Until now we have always associated the Thinkpads with a boxy design and the dark black no-nonsense color schemes, however this is set to change with the new ThinkPads which come in silver options. Lenovo seems to be interested in adding a little spunk to the otherwise bold yet boring black colored ThinkPads. 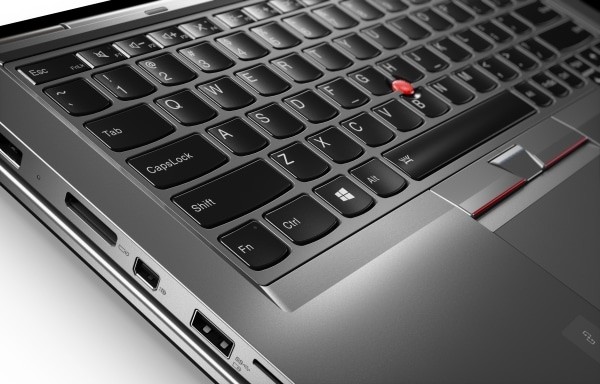 Both the new ThinkPad laptops prescribe to the Lenovos Yoga design which allows users to swivel the screen 360-degree on the hinge, plus it also allows the display to fold and form a “Stand” or “Tent ” mode. The new ThinkPads comes with a slot to accompany the pen and it also features the “Lift ‘n’ Lock” keyboard which flattens down once flipped back.

The new ThinkPads offer 10-hours of battery life and will run the recently released sixth-gen (Skylake) processors. The best part is that Skylake processors even offers i7 configuration which allows the processor to be overclocked considerable making the ThinkPad quite a powerhouse. On the connectivity front the ThinkPad will boast of an optional LTE-Advanced radio built in just in case you are starved out of Wi-Fi connectivity.

The ThinkPad Yoga 260 will start at a price of $949 and is expected to be available by November, whereas the price for 460 goes all the way up to $1049 depending upon the configurations and will be available by October. If you want to lay hands on the silver ones, be ready to wait till January next year.

TechPP is supported by our audience. We may earn affiliate commissions from buying links on this site.
Read Next
Lenovo Legion 5i Pro Review: Legion Or Legend?
#IFA 2015 #lenovo #Lenovo ThinkPad #ThinkPad 260 #ThinkPad 460