Star Wars is one of the most popular movie franchises of all time, and now the entire world is looking forward to the launch of Episode VII: The Force Awakens. And one of the stars in the upcoming movie, as revealed by the trailer, is the BB-8 Droid with its unusual aspect. 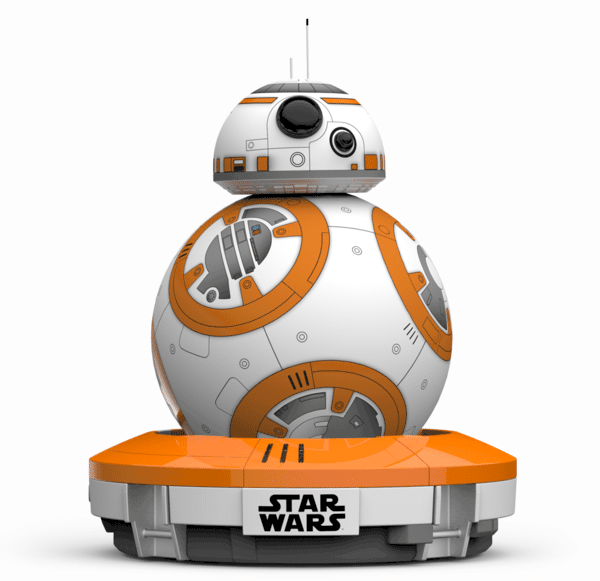 The great news is that thanks to a collaboration between Disney and robotics startup Sphero, you can now buy your own BB-8 droid for a price of $150. Of course, you won’t be buying a device that’s as big as the one you’ve seen in trailers, but it still comes with a wide range of awesome features worthy of its name.

But you will be able to control the droid from your smartphone or tablet, which is something that Sphero specializes in. The BB-8 has an adaptive personality that changes as you play, as the BB-8 will show a range of expressions based on your interactions and will even perk up when you give voice commands.

You can set the robot to patrol and explore the world on its own. It’s also possible to create and view holographic recordings, as well. On the inside, BB-8 makes use of the same technology as Sphero’s existing robotic ball, but has been equipped with a new inductive charging system. This means, you don’t have to plug in the BB-8 to charge it as you just place it on its stand to charge.

The tiny robot only gets a battery life of one hour, which might be a letdown for those looking for epic adventures. It is powered by gyroscopic propulsion and you can command it within a range of 30 meters. The $149.99 is currently on sale at Apple’s retail stores, Best Buy, and Sphero’s own website and it will work with iPhones and Android devices, as well.

Best Pulse Oximeter You Can Buy Right Now
What is a QR code? How do you generate QR codes yourself?
Twiddle Spin: A Modular Kinetic Desk Toy to Unleash Your…
Oaxis myFirst Sketch Book Review: An apt gift for little…
Voila AI Artist: Cartoon Yourself with the Power of AI
You Can Now Install Google Recorder with Live Transcribe on…