It’s time to have a look back at the most recent entries on the Google Play Store and pick some of the best new Android apps and games that have been released. If you’re into games, then you’re in good luck, as this edition comes with plenty of new titles. You can also have a look at the last week’s edition, if you’ve missed it. Let’s have a look at what’s on this time.

If you like the sport of Ping-Pong, then you’ll find the new Power Ping Pong game for Android users to be quite entertaining. The new title features classic table tennis gameplay with a Kung Fu twist and also lets you take on ping pong pro’s in Arcade Mode. Throughout the game you will build up POW energy to set up powerful skill shots and you can also challenge your friends in local and online multiplayer modes.

Recently there’s been plenty of live streaming apps that have hit the Google Play and today we’re talking about another ingenious one. ‘Mirrativ: Live Stream Any App‘ is a new entry from DeNA which is described as ‘the first-of-its kind live streaming app letting you broadcast any content on your smartphone screen’. The app is very easy to set up and allows your audience to interact with you in real-time with stickers and comments.

Crescent Moon Games is an Android developer with a ton of awesome games and now the company has released The Deer God game, described as a ‘breathtaking 3D pixel art adventure that will challenge your religion and your platforming skills’. The game comes with various animals and characters to interact with, has a Night and Day system, various quests and tons of items to find and use. You can also reincarnate into other animals, use the power of statues and level up your antlers, find secrets and solve ancient puzzles and do many other things.

If you love to go fishing, then you seriously need to check out the new FishBrain – Fishing Forecast app. Just as the name suggests, the app is described as ‘the world’s largest community-based fishing app where you get to join other anglers in your area and contribute to the worlds smartest local fishing forecasts’. The app comes with a smart FishBrain Forecast which shows what species are biting in your area and it also features machine learning algorithms which generate forecasts from real catch-data.

Blitzcrank’s Poro Roundup is described as a free side-scrolling mini-game created by the same developer who has put out League of Legends. The game comes with more than 10 unique levels, 4 playable 8-bit-inspired League of Legends champs, 5 unlockable super-mega-power-up items and the ability to customize Blitzcrank and his pals with unlockable skins. Have a look at the above video to decide whether this is your cup of cake.

Dungeon Boss is a new game developed by Big Fish Games, a company with plenty of releases. Your mission is to ‘lead your team of powerhouse heroes through heavily-armed dungeons, taking enemy bosses down at each turn.’ This also involves collecting heroes to outmatch your enemies in combat and guard your own dungeon against invaders. The game comes with plenty of features that make it worth checking out.

Ketchapp is a well-known Android developer which has released so far plenty of awesome games and we’re including in our roundup their newest creation –  Magic River. Your mission is to ‘move through the river without hitting any obstacles and explore different locations while drifting down the river.’ You will be able to collect gems to unlock awesome new characters and boats.

Said to be the ‘coolest game you’ll play this year’, Bullet Boy is a fast-paced action title with super dynamic game mechanics. You just need to look at the above video to understand what I’m talking about. The game comes with more than 30 beautifully crafted levels, charming 3D graphics and super-engaging soundtrack along with hours of challenging and delicious gameplay. You can also make use of three amazing powerups and upcoming updates will bring more levels, amazing new zones and more.

Flats is a new action game coming from developer Foliage Games which has a pretty unique concept. As you can see from the video, this is a first person shooter which comes with such gaming modes as deathmatch, Team Deathmatch and gets such features as territories, capture the flag, blow up the base (bomb). The game is available for free, so it’s definitely worth checking out. 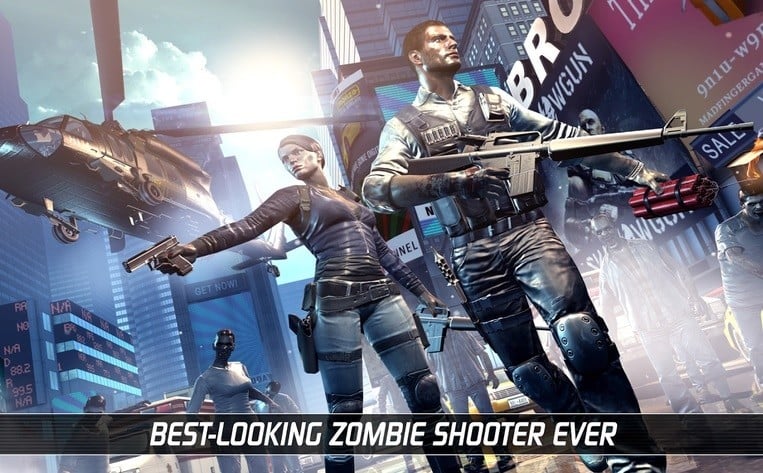 There are many zombie games out there, but Unkilled from Madfinger Games is described as the best-looking zombie shooter ever. NYC is the center of the world’s latest zombie outbreak ‘where you play as Joe, member of the anti-zombie unit WOLFPACK, a private military organization designed to find, track, and eliminate the zombie menace before it becomes global‘. The game comes with high resolution soft shadows, GPU-simulated particle effects, textured, reflective surfaces, SpeedTree-powered vegetation rendering, high polygon character models and post processing effects, for a cinematic “feel”.