For many of us, the Moto X has represented the best of Motorola or at least its more innovative side. The original Moto X went against conventional wisdom by going for a relatively smaller display and a dual core processor in an era of quad core ones, the second Moto X followed slightly more conventional lines but surprised us with a (real) wooden back option and a remarkably low price for some high-end specs. So when Motorola released the third generation of its X range, expectations were high, so say the least. 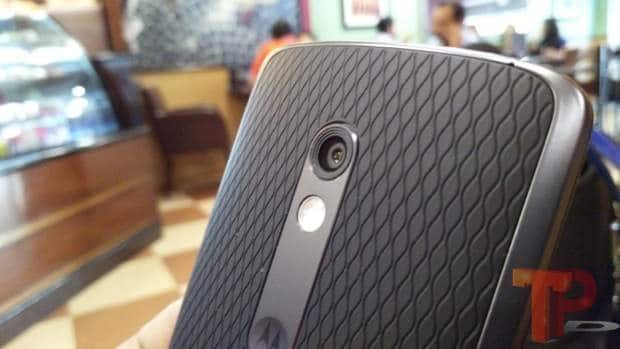 Motorola has released two variations of the X – Style and Play. The former is the spec and performance barnstormer (quad HD display, Qualcomm Snapdragon 808 processor, 3 GB RAM, 21.0-megapixel camera, et al!) and the latter is supposed to fit somewhere between the Moto G (3rd Generation) and the Style. The Style has not yet been released in the Indian market but the Play has arrived and well, it is interesting to say the least, specially at the starting price of Rs 18,499.

In terms of appearance, the Moto X Play follows the Motorola style template – edges are gently curved and the phone itself curves out slightly at the top and the base, and there are speaker grilles above and below the 5.5 inch display. The left side of the phone is bare, the right side houses the power/display button and the volume rocker. If you are looking for major material innovation (after the wooden back of the previous Moto X), we will have to tell you that well, there is none – the Moto X Play is pretty much all plastic – but Motorola has nevertheless managed to make the back an eye catching one thanks to the use of a weave pattern on it, which makes it very grippable. Incidentally, you CAN remove the back but the battery itself is non-removable and as the SIM card and micro SD cards are inserted via a slot on the top of the phone, the only reason for having a removable back cover might be swappable back covers. Incidentally, right on top of the back is the 21.0-megapixel camera with dual tone flash, on a metal panel similar to what we saw (in design terms) on the Moto G (3rd generation).

For a 5.5 inch display device, the Moto X Play is surprisingly compact – it is actually about the same width as the OnePlus 2 and is significantly shorter at 148 mm (the OnePlus 2 was 151.8 mm). Yes, at 10.9 mm, it is hardly super slim but the fact that the back curves out makes it appear thinner than it actually is. It tips the scales at a very healthy 169 grammes – not lightweight, but interestingly lighter (slightly) than the 175 grammes OnePlus 2. All in all, this is a relatively smart-looking phone that will fit into most hands and feels reassuringly solid. The placement of the camera module makes Moto X Play resemble the OnePlus 2 slightly from the back.

And if the Play is not literally lightweight, some might consider its specs to be on the lighter side, especially when compared with the heftily-specced Style. The display is a full HD one and not a Super AMOLED one as seen in its predecessors, and powering it is a Qualcomm Snapdragon 615 processor with 2 GB RAM, a combination we have seen in devices at much lower price points (most notably the Xiaomi Mi 4i). Storage stands at 32 GB and is expandable using a memory card, and connectivity options include 4G, Wi-Fi, Bluetooth, GPS and NFC. But the two areas where the Moto X Play differs from the competition in its price range are the camera – the back houses perhaps the most powerful camera seen on a Motorola phone, a 21.0-megapixel affair (there is a more routine 5.0-megapixel camera in front too) – and a massive 3630 mAh battery which many claim will easily see off two days of use. And of course, there is the “Pure Android” factor that all Moto phones have – the phone comes with Android 5.1.1 out of the box and we are assured of updates.

The big question of course is whether these factors will be enough to stave off some very formidable competition, spearheaded by the likes of the Xiaomi Mi 4, the Asus ZenFone 2 and the OnePlus One as well as the OnePlus 2. We will find out when we finish our review. Stay tuned.