Next-gen YotaPhone 3 to be Built by ZTE, Release Slated for Q1 2016

The YotaPhone 2 has been released quite a while ago, at the Mobile World Congress back in February, 2014. And since then, those who follow the Russian company and like its concept, have been looking forward to the release of the third generation. 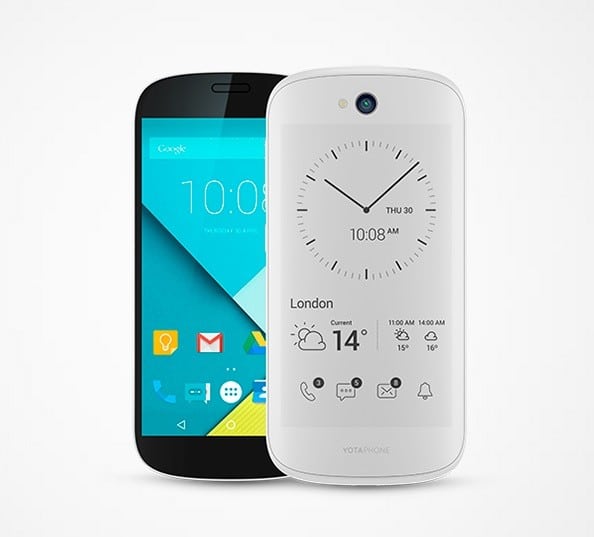 Now, according to online reports, it seems that Yota Devices will partner with ZTE* for the manufacturing of the next generation YotaPhone, which is expected to be called YotaPhone 3. The Russian company said the following:

“The partnership involves the production of new generation of YotaPhone smartphones, as well as the development and integration of mobile services and software”

ZTE also weighed in, saying this:

Prior to this agreement with Chinese company ZTE, the YotaPhones were manufactured in Singapore. The upcoming YotaPhone 3 is believed to be introduced in the first quarter of 2016, which coincides with the MWC event in Barcelona, where Yota Devices has unveiled its previous editions.

Around 100,000 units of the smartphone are expected to be produced in the initial phase. The company has been having trouble with the availability of the device, as only a couple of countries have been selling the first two generations. This time, Yota is partnering with an experienced OEM, so this could help them improve the availability of their new handsets.

Furthermore, by moving production, Yota will be able to reduce the cost of YotaPhone by more than 30%, which means there are high chances for the YotaPhone 3 to feature a more affordable price, only if the company doesn’t decide to go for a bigger profit margin.

There’s also a chance for the company to ditch Android in favor of Sailfish OS, a little known mobile operating system based on the Linux kernel, developed by a company formed by ex-Nokia employees.

*Update: Yota Devices has sent a clarification that the deal has been signed with ZTE’s associate companies – ZTE Supply Chain Co., Ltd (ZTESC) and X&F to jointly develop YotaPhone 3. So technically, it’s not ZTE who will be manufacturing the phone directly, but its associate companies.