Facebook has been evolving rapidly, recent features like Facebook Mentions, Celebrity Live Stream and the Facebook News wire features have brought in a new level of functionality. This time around, the social media giant is all set to help journalists (and bloggers?) gather news along with an ability to surface relevant trends, photos, videos and posts from Facebook and Instagram for their stories.

The new tool called “Signal” is all set to help Journalists find out what’s trending on the social networks and also help them embed the same into their stories. This is surely a more effective way to crawl the Internet as compared to the feeds that are used by most of the Journalists. The Signal offers a typical Newsroom kind of dashboard which will allow them to sort out stories based on the topic they are covering and also takes care of the chronology part. 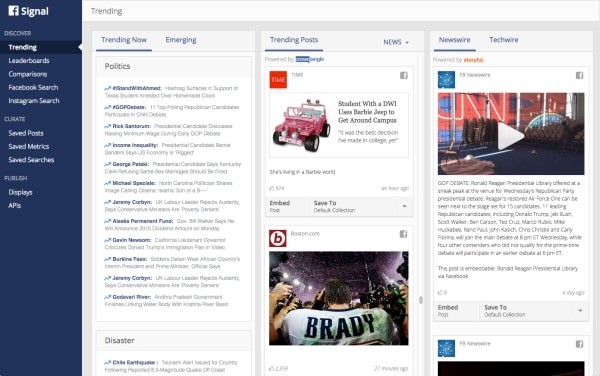 We are surprised seeing the well appointed dashboard with an option to save the post along with the metrics.  The best part of the deal is that the feature is free to use unlike other News aggregating dashboards like NewsWhip which charges up to $199 per month. Facebook has partnered with CrowdTangle and Storyful along with the company’s in house Media Solutions APIs. The data detailing will also let you know who is the most heard out or mentioned influencers across a large sect of people from different walks of life including Politicians, Actors, Musicians, Sports Teams, Players among many others. 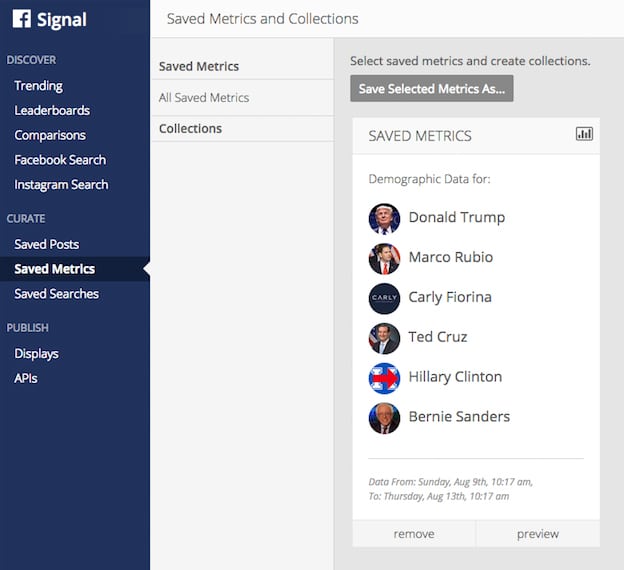 Further, the embed codes are meant to help journos to quickly embed the news content in their coverage by just copying the embed code. As of now, most of the media personnel have been heavily relying on Twitter for their share of news. Although Twitter has been one of the most efficient ways to gather news as it happens, it is also way too cumbersome. News Dashboards not only aggregate the things on a single menu pane but will also let you meddle with the metrics in order to suit your requirements. On the contrary, the new feature welds more power to the users as their posts or incidents can be picked up by news outlets quite effortlessly. 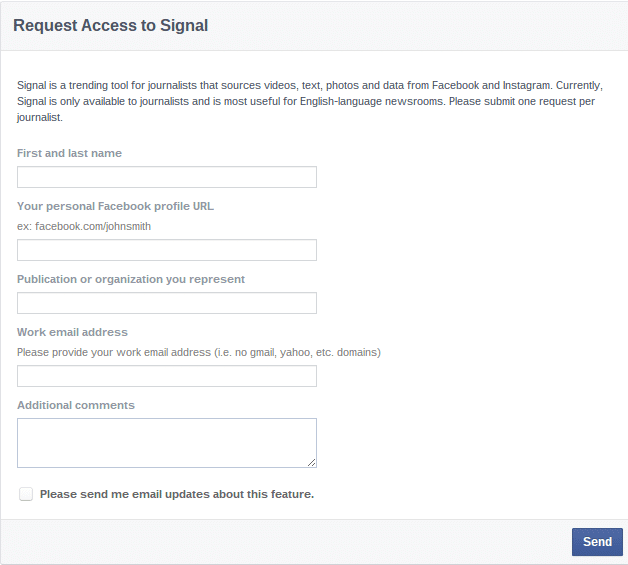 If you are a Journalist (or a blogger), all you need to do is head over to this link, fill up a form and you will receive a mail from Facebook asking to confirm! Twitter had also come up with something similar called the “Curator” a few months ago. It’s interesting to note that both the services are aimed at professionals and are not open for everyone. Hopefully, Signals will help Newsrooms to get access to pre-viral content and also real time stories across the globe.

TechPP is supported by our audience. We may earn affiliate commissions from buying links on this site.
Read Next
How to Hide Last Name on Facebook: A Step-by-Step Guide [2023]
#facebook #Facebook Signal #Twitter Curator