A few days ago, we discussed about a rumor according to which HTC was working on a new mid-range smartphone with design lines resembling the iPhone 6. And now, shortly after Google has unveiled the new Nexus smartphones, HTC has announced an official release date for what could be its flagship device. 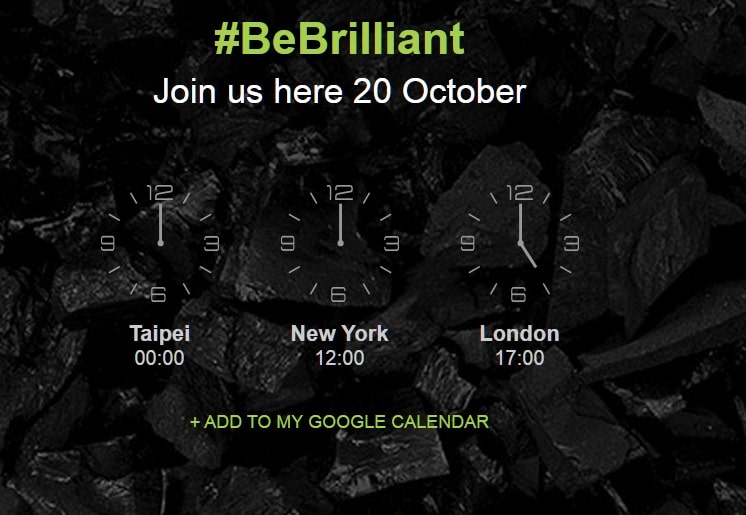 As you can see on the official HTC Launch page, the Taiwanese company is planning to unveil a brand new device on October 20, which is three weeks from now, on a Tuesday. The event will be held through a “virtual event” streamed from HTC’s website, and we will be here to report on whatever HTC is planning to announce.

The invite sent to press today said “Meet the Marshmallow from HTC,” so this makes it pretty much obvious that we’re going to witness the launch of a new smartphone which will come with Android 6.0 Marshmallow out of the box. HTC says viewers will be able to tune in to the launch at www.htc.com/launch starting at 12PM ET on the 20th of October.

The Taiwanese phone maker badly needs a new device to steal the consumers’ hearts away, as these are hard times for the company. The market price of HTC has now fallen below the value of its own cash reserves. Furthermore, the company has reported at the beginning of this month its lowest monthly revenue in more than eight years, citing a product transition period and business realignment program. HTC has registered a revenue of only $212 million for August, which is the lowest since February 2007.

There’s a big restructuring ongoing at HTC, and the company recently said it was planning to cut its global workforce by 15 percent, which is around 2,300 jobs, as it ties to seek “significant profitable growth with a leaner and more agile operating model.”

Could this upcoming new product bring some new hopes for HTC? It could very well be the start of a starting point for the company, but they really need to change their approach with this release and figure out what the winning formula is. And I don’t think copying Apple’s iPhone design is it.

Was this article helpful?
YesNo
TechPP is supported by our audience. We may earn affiliate commissions from buying links on this site.
Read Next
HTC is back after a long time with Wildfire R70 with Helio P23
#HTC