Lenovo has launched the PHAB Plus, a 6.8-inch screen device that tries to blend between a smartphone and a tablet. The idea behind this device seems to be the fact that consumers need to carry both smartphones and tablets separately, instead the PHAB Plus will act as a crossover between both the device, that’s nothing new. 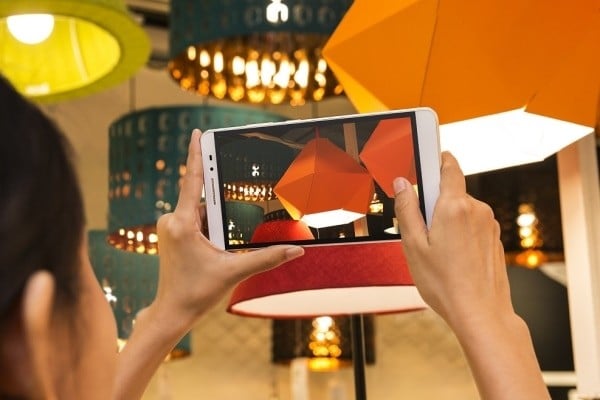 The 6.8-inch FHD display boasts of 326 ppi pixel density which is pretty good considering the size of the screen. Lenovo PHAB Plus runs on the octa-core Snapdragon 615 clocked at 1.5GHz and paired with a 2GB LPDDR3 RAM. On the imaging front the PHAB Plus features a 13-Megapixel primary snapper and a 5-Megapixel secondary sensor. The storage department is managed by 32GB of internal memory and an expandable memory card slot.

The device weighs in at 220gms which is quite obvious considering the dimensional attributes of the PHAB Plus, that being said the 7.6mm thinness added with the aluminium body gives the device a sleek and premium look. Lenovo PHAB Plus will be running Android 5.0 Lollipop and will be backed up by a 3500mAh battery pack.

The good thing Lenovo has done is to incorporate one handed UI feature, which will shrink the screen to a corner so that the user can operate with just one hand, simple yet nifty feature of large screened phones. Lately, Lenovo has been toying around with audio features as a result of which we do get the built-in Dolby ATMOS 3D Audio soundbox, situated at the back of the device.The PHAB Plus comes with the usual bunch of connectivity options including dual SIM 4G LTE.

Lenovo PHAB will be priced at Rs 20,990 and will available online at Amazon.in (already discounted to Rs 18,490), starting from 5 of October, following which it will also be stocked in other offline retail outlets including Reliance Digital and Croma.

Was this article helpful?
YesNo
TechPP is supported by our audience. We may earn affiliate commissions from buying links on this site.
Read Next
Lenovo Legion 5i Pro Review: Legion Or Legend?
#lenovo #Lenovo PHAB Plus