There are many awesome cameras out there, and many of us rely also on our smartphone’s imaging abilities to take pictures. But if you’re really into photography, you are forced to carry those heavy DSLRs with multiple lenses. How about if you just want to take some amazing photos with an equally impressive device? Check out Light. 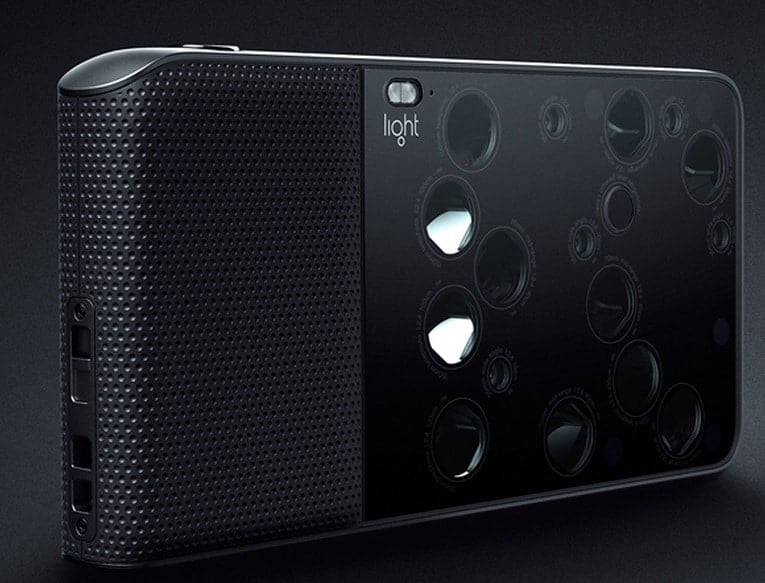 Light is a photography startup which has produced that L16 camera, a veritable challenger to traditional DSLRs as it comes with 16 lenses in one package. The new L16 camera is a point-and-shoot one which boldly seeks to produce images rivaling the quality of DSLR cameras, which are usually bigger and much more expensive.

In order to achieve that, Light has come up with a unique way of creating images of up to 52 megapixels by combining shots from an array of inexpensive camera modules. The L16 has 16 such modules and they are indeed reminiscent of smartphones, since they are pretty much made in the same way. Five of these lenses have the equivalent of a 35mm focal length, five at 70mm and six at 150mm; thus  allowing the camera to have high-quality zoom. CEO Dave Grannan said the following:

“We repurpose and leverage the billions of dollars invested in these little smartphone cameras. The economics and quality have become very compelling in these.”

The camera will run on Android and will have Wi-Fi, allowing the owners to easily share their images straight from the camera. The Light L16 has a 5-inch touchscreen fitted inside a case that is larger than a smartphone. When you take a picture using the camera, all 16 lenses capture photos simultaneously at different focal lengths in order to “capture more data in every shot.”

All the modules on the L16 give users an effective zoom of 35mm to 150mm, but it can also create a high-resolution image up to 52 megapixels by taking the information from all those images and blend it by using computational photography. This should also allow for better images in low light, reduction of image noise and more control when editing.

Light will take preorders, with a limited number of units available for $1,299, until November 6 and after that, the retail price will be set at $1,699. There isn’t a typical crowdfunding project going on (like Kickstarter or Indiegogo), and you should know that the first L16 devices are not expected to ship until late next summer. While the L16 isn’t necessarily much cheaper, you can still view it as a DSLR replacement on some level, as it saves you the trouble of having to carry around with you extra lenses and equipment. At least that’s what Light is promising us. It’s probably too early to accept or reject their claims, but we will wait for the launch before judging this interesting gadget. For now, check out some camera samples here.

Was this article helpful?
YesNo
TechPP is supported by our audience. We may earn affiliate commissions from buying links on this site.
Read Next
How to Detect Hidden Cameras Using Smartphone
#Cameras #Photography