Apple can take some credit for the way we interact with touchscreens today. Even if the iPhone wasn’t the first device to use multitouch or a capacitive display, there was no other phone before that worked like it. It did crack the right hardware-software formula for touchscreens on smartphones and touchscreens in general, that every screen we touch today is in part based on their principle of how it should operate. 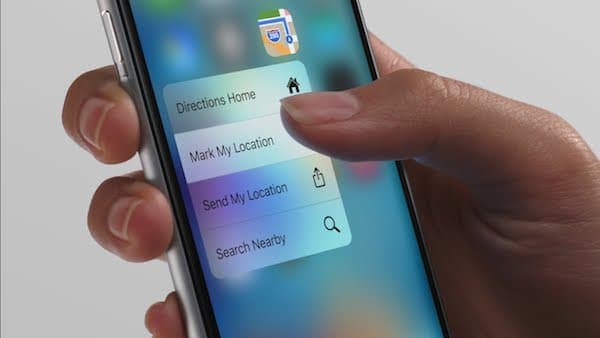 Touchscreens until recently were limited to two-dimensional input. When ‘Force Touch’, a less refined version of 3D Touch, was introduced with the Apple Watch in late 2014, some imagined the implications of this tech onto screens the size of phones and tablets. A year later, Huawei beat Apple to this by a few days with the Mate S. But since it’s a custom implementation, you can be pretty sure that app developers will not make use of this till Google officially rolls out support for pressure-sensitive screens. Just look at fingerprint scanner implementations on Android before Android M, that didn’t do much other than unlocking the phone. Nevertheless, a few after the Huawei Mate S launch came the iPhone 6s & 6s Plus, and with it, came 3D Touch.

This is Jony Ive, Chief Design Officer at Apple describing how 3D Touch works — “capacitive sensors are integrated into the backlight of the Retina HD display, that measures microscopic changes in the distance between the cover glass and the backlight. These measurements are then combined with signals from the touch sensor and the accelerometer to provide fast, accurate & continuous response to finger pressure”. 3D Touch is a combination of three things — the aforementioned screen technology, a ‘Taptic Engine’ vibration motor for refined haptic feedback, and the software in iOS 9 that makes it all work.

Let’s get right down to it. The main thing that I and many of you will want to try the first time you hold an iPhone 6s is 3D Touch. As with most things Apple, 3D Touch seemed to be fairly intuitive, thanks in part to this well-made marketing video, that clearly explains how it works. To me, 3D Touch appears to be the philosophical equivalent of keyboard shortcuts on a computer — it is yet another (not necessarily faster) way of doing the same things that you can do on a typical phone display.

For example, pressing a little harder on an element on the screen performs ‘shortcut’ actions that otherwise would require a couple of more taps. Like pressing harder on the camera app opens up shortcuts to take a selfie or shoot a slo-mo video. In Safari, pressing down a little on a link opens up a preview pane of that webpage. But press harder while you’re in this preview that Apple refers to as ‘Peek’, and it opens up the webpage on Safari, which Apple calls a ‘Pop’. This system of ‘Peek’ and ‘Pop’ is mostly consistent throughout their apps. You can peek at a photo in the Gallery, or pop to view it full screen. You can peek at an email in the Mail app or pop the email full screen by pressing harder.

There are certain places where it gets confusing. For example, in the phone app, you can just peek a contact that brings up shortcuts to call, message, or email the contact, but pressing harder will not result in opening up the contacts page that has all the details about the contact. It gets more confusing as we’re not used to interacting with a phone screen in three dimensions; to date, we’ve been pressing elements on the screen with any pressure as we please. On the iPhone 6s, you have measured the amount of pressure you apply. Let’s take an example — if you want to move app icons around the homescreen, it now requires a precise, gentle press because otherwise, the phone starts triggering a ‘peek’. For new users, this is going to be the most confusing, maybe even frustrating thing to get used to in the iPhone 6s — the three levels of responses — a gentle press-and-hold, a slightly harder ‘peek’, and an even harder ‘pop’.

Also, 3D Touch doesn’t work on all apps. So, pressing down on the weather or the settings app doesn’t do anything, except give you three extremely quick vibrations from the Taptic Engine, suggesting there’s nothing to see here. Without any visual cues that tell you if an element on the screen is 3D-touchable, there’s going to be a lot of trial-and-error before you start benefiting from this tech.

This brings me to Taptic Engine, probably the underdog of 3D Touch that deserves some more credit. Without it, I can imagine using 3D Touch would have been more cumbersome, as the precise haptic feedback is very helpful in telling you that the phone has accepted your pressured input. I can also imagine developers (especially game developers) making good use of this haptic feedback to make their apps more immersive. 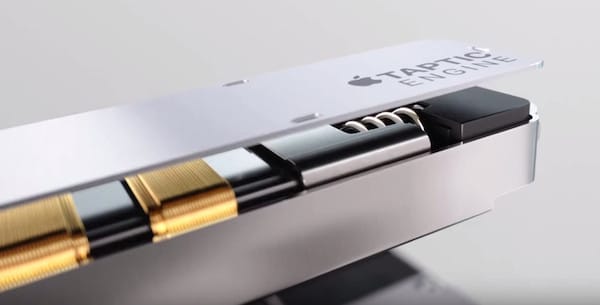 Overall, after using 3D Touch on an iPhone 6s for a couple of days, I’m a little doubtful if I’ll make the most of it from the get-go. This is because some actions aren’t necessarily much faster than performing them traditionally, given the recall overhead. For instance, pressing and holding the ‘create a contact’ action on the Phone app is a second or two faster than opening the app, and then tapping the ‘+’ icon on the top-right corner; provided I remember there’s such a shortcut available with 3D Touch in the first place. Another example of speed — a hard swipe from the left corner of the screen to bring up multitasking roughly takes as much time as double-tapping on the home button to do the same.

The most useful thing about 3D Touch for me was the ability to peek into links in the Safari web browser. I’ll also add that 3D Touch has made using the phone somewhat easier with one hand. In closing, I will say this — 3D Touch is spot on when it comes to hardware. The iPhone 6s’ ability to recognize varying degrees of pressure is extremely accurate; something you realize when applying varying amounts of pressure on say a Live Wallpaper. It’s the way the software is making use of this hardware which is somewhat in question. It can be generally useful but don’t expect a ground-breaking change in the way you interact with a smartphone. Thankfully, Apple has opened the doors for developers to use this tech from day one, so I’m completely expecting some crazy apps that use it and bowl me over. I’m also hopeful refinements to 3D Touch will come from Apple in iOS 10 next year. So, if you’re wanting to buy the iPhone 6s, it’s safe to say 3D Touch will give you more in the future, than what it can give you today.

Rohan Naravane is the Product and Content Head at PriceBaba. He is usually found yapping about tech & trying to crack uncomfortable jokes from time to time on Twitter @r0han.

Was this article helpful?
YesNo
TechPP is supported by our audience. We may earn affiliate commissions from buying links on this site.
Read Next
With Football Manager 2023 Touch, Apple Arcade finally has its “killer ...
#3D Touch #apple #guest-post #iphone 6s #Opinion