We’ve had an interesting October so far. The new iPhones are out (check out our coverage here), we’re settling in with iOS 9 and we’ve seen some surprising app releases in addition to a few expected ones. 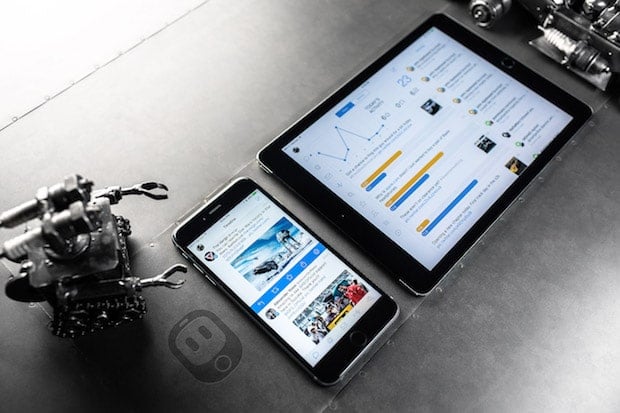 It happened. There were rumors around for months. It turned into folk lore. I didn’t believe it. But finally, it happened. Tweetbot for iPad was finally updated. After 3 years.

And what an update. First of all, Tweetbot 4 all new app universal app. So if you paid for Tweetbot 3, you’ll need to pay again. Currently, that’s $4.99 and let me tell you, it’s worth it.

Twitterrific was my go-to Twitter app for iPad. Now I’m seriously giving Tweetbot a shot. Not much has changed since Tweetbot 3. The design is now a bit more polished, flattened. 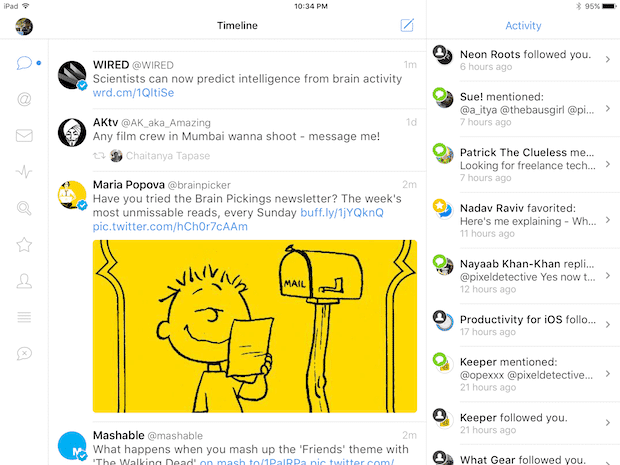 The biggest feature is the Activity menu. And on the iPad, you can dock it to the side. It’s pretty useful.

This happens to me way too often. I’m browsing around the web on my PC or on my phone and I come across an iOS app I want to try out. I can’t download it right now but I don’t want to miss it. So now I need to remember it for couple of hours. That usually doesn’t go well.

So I just push the link to myself using Pushbullet. But now there’s a more wholesome way of doing this with Lookmark. 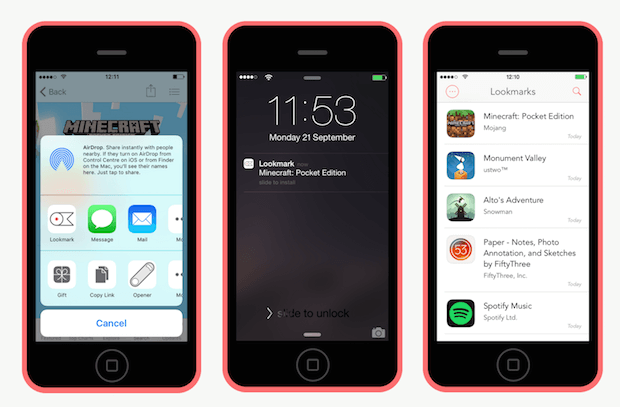 You can install the Chrome extension on desktop or the iOS extension. When you comes aross an app, just use it to share the link to Lookmark. The app will now show a neat little list of all the apps you want to download.

And just so this app doesn’t become another list graveyard, it will notify you when you’re on Wi-Fi so you can download the app.

Pause ($1.99) is not your average meditation app. First of all, it’s designed by Ustwo, the guys who brought us the spectacular Monument Valley. Second of all, the app is based on ancient Tai Chi mindfulness practices. The app merges the ancient practice with your iPhone screen.

This is how it works. The app shows you a little dot on the screen. Tap it and a circle appears. Just slowly move your finger and follow the circle while your dot keeps getting bigger and bigger. “Slowly” is the key here. Eventually, the circle will disappear and you’ll be asked to move the dot around wherever you like. Soon, you’ll be asked to close your eyes.

Now, just listen to the pleasant music while you slowly move your finger around the screen. When the 10 minutes are up, you’ll hear a bell. If you are stress out or suffer from anxiety attacks, this app can help you get back to a calmer state in just a few minutes.

Yeah, there’s no shortage of time zone converters in the App Store. Still, Onetime is worth looking into.

Time zone converters can be tough to wrap your head around. Onetime is simple. It uses something we’re pretty familiar – the clock face.

Onetime’s UI is really simple. There’s a circle on the screen, divided into two halves – day and night. The entire circle makes up the 24 hours in a day. Any cities that you’ve added, show up on this circle. 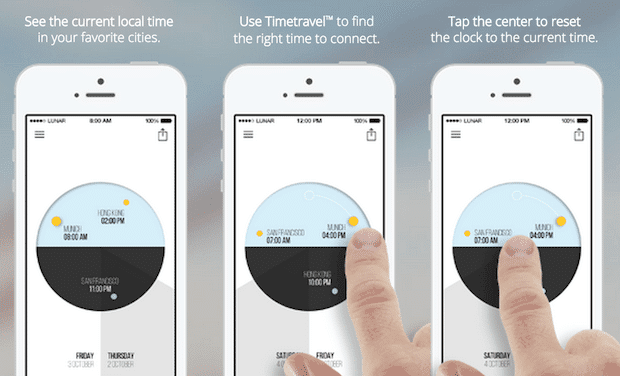 And the great thing is, when you move one city around, the time for every other city is updated in real time.

My most frequent use for a time zone convertor is to look up a specific time in another city. Let’s say I want to see what time it will be in San Francisco when it’s 8 PM in Mumbai.

All I do is tap the Mumbai dot and move it around the 8 PM. Then I just look for San Francisco on the circle and it will show me the time. If it’s on the previous day, there will be a highlight to tell me so.

If you need to convert time for difference location often, Onetime is worth looking into.

The desktop photoshop apps are complicated. It’s not something a total beginner can use. That’s also true to some extent for Adobe’s mobile apps. But Photoshop Fix breaks that trend.

Photoshop Fix is a totally free and a surprisingly easy to use retouching app. When you add a photo, it will recognize the face automatically and let you edit specific features with ease. If you’ve used Instagram on your phone or something like VSCO Cam, you’ll be at home with the UI.

Medium 2.0 Update: Medium has quickly become one of my favorite places to read stuff on the internet. And recently Medium came out with the big 2.0 update. They changed everything from their logo to their typography to the mobile apps.

Life Hacked: Stephen is killing it at The Late Show. This time, he takes on the lifehacking internet culture in a new segment called Life Hacked.

Was this article helpful?
YesNo
TechPP is supported by our audience. We may earn affiliate commissions from buying links on this site.
#Best Ipad Apps #Best iPhone Apps