“This is not Windows!”
“Yes, it is.”
“No, it is not. It does not look and work the way it does on the desktop!”
“Obviously. This is meant for phones!”
“See, I told you it was not Windows!”
“No, no, this is Windows, but it is meant for phones. Designed differently for smaller screens…”
“I don’t WANT it designed differently. Why cannot they just give me the REAL Windows that’s on my PC on a phone?”

That conversation took place when a gentleman I know was trying to buy a smartphone. He had been delighted to know that there were phones running Windows and had gone to a store hoping to buy one. People suggested other platforms, but his rationale for wanting Windows on a phone was simple – the same OS and apps on his phone and his desktop. “I can keep switching between the two,” he told me happily, as we walked to the store. When he DID see Windows on a phone, his reaction was one of extreme disappointment, leading to the conversation above. 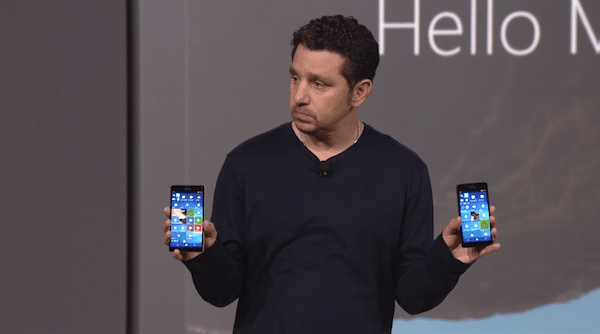 The stark fact is that people have been wanting an EXACT copy of their desktop computers that they can easily carry around for years now. Notebooks sort of met the need, but for all their lightness, remain relatively bulky and cannot fit into pockets the way a handset can. Yes, smartphones and PDAs have been around for a while, but while they could do what a computer could – and we use the term ‘computer’ here to describe the desktop PC – they did them rather differently. For instance, while you could edit documents and send and receive e-mails from a Symbian or a BlackBerry device, there was a certain learning curve involved as things worked rather differently as compared to how they did on a computer.

Which is why people like my friend were yearning for a phone that worked exactly like their computers did. In simple terms – they wanted Windows XP with a dialer!

Of course, Microsoft did have a version of Windows for mobile devices – in fact it had two, a normal and a professional one (for touchscreens) – but the problem was that while these were Windows in name, they were not very similar to their desktop counterparts in many regards, even though they shared the same icons. Using them was a very different kettle of fish, although you did get to see familiar “friends” like Internet Explorer and MS Office right out of the box, even though they did behave very differently in actual usage. Then there was also the headache of getting apps – you did not get carbon copies of the apps you were so used to on desktops on your handset. So no, you could not get Adobe Photoshop Express to run on your phone and there was even a school of thought that insisted that QuickOffice was a better office suite than MS Office itself when you were using Windows Mobile!

And it is this dichotomy between its mobile and desktop version that has been plaguing Windows for a while. Even today, a number of Indian consumers who walk into a store to purchase a Windows Phone device actually think that a platform called Windows Phone will, well, deliver Windows on their phones. And for them, Windows remains the OS that runs at home on their desktop or on the notebooks in their backpacks – indeed, thanks to its overwhelming popularity, that is what Windows is to most people. People do not have the same expectations from an Apple device because the company has managed to name and position its mobile and desktop operating systems differently. But Google might understand the Redmond company’s pain – far too many Indian consumers think that Chrome is only a browser and cannot understand how it could be an OS.

Now, while a geek might understand that the hardware required to run a desktop or notebook OS is very different from that needed to run one on the phone, most users – thanks in turn to a lot of “phones are more powerful than computers were a few years ago” hype from manufacturers – do not have the patience for such explanations. What they do want is Windows on a phone. “REAL Windows”, as my friend said in 2006. And they have been wanting it for a while now for the simple reason that it simplifies everything – you only need to understand one interface and deal with one set of apps.

So when Panos Panay mentioned that he wanted to put Windows in our pockets, a small part of us actually – oh yes actually! – believed that we would be seeing something perhaps of the size of a Lumia 1520 running Windows 10 in all its glory, giving us our desktops and our laptops in your pockets. 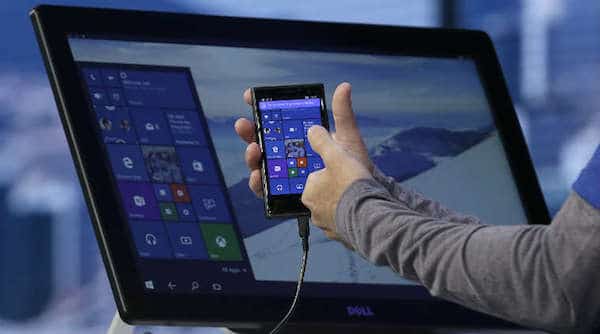 Ah well, then out came the $99 Continuum docks that let you connect your phone to a monitor, keyboard and mouse to deliver a Windows experience from your phone on to a larger screen, and we realised that what we had was closer to a PC-on-Stick, where you need a display and keyboard to get the Windows experience, even while the other hardware and software resides in a tiny device (well, a USB stick fits into our pockets a lot more easily than some of the phones these days). Yes, we loved the idea of being able to connect a phone to a television and keyboard and work on it as if it were a proper computer, but ah, it would have been so much infinitely better to have been able to get the same Windows experience right on a smaller screen, without having to worry about compatible apps for a while. Windows 10 with a phone dialler, so to speak – stripped down, not as enormously powerful as its desktop brother, but with largely the same functionality, features and apps. As one of my colleagues in the media put it rather bluntly, “For Windows to succeed on the phone, Windows Phone and Windows Mobile need to die. There has to be just one Windows – a lighter version of it for the phones, and the real thing for the computers. But in essence they should be the same.”

It seems we will have to wait a little bit longer for that to happen. Microsoft does want to put Windows in our pockets, after all.

An update on my friend – he is now using an iPhone and an iMac.

Was this article helpful?
YesNo
TechPP is supported by our audience. We may earn affiliate commissions from buying links on this site.
Read Next
10 Ways to Fix Photos App Not Working in Windows 11 [2022]
#microsoft #windows #Windows 10