There is no denying that the world has been split into two bastions, one, the Google Android users and another who swear by Apple’s iOS. Windows on the other hand has been limping to become the third alternative. Samsung has already been trying hard to make a mark in the OS wars and their weapon of choice has been the Tizen. The Korean smartphone manufacturer has today launched the Samsung Z3 priced at Rs 8,490 (~$125) which will join the Tizen lineup along with the Z1 and the Z2. 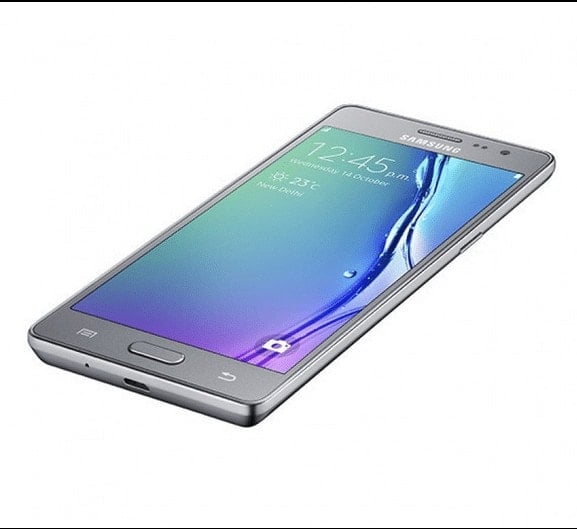 The Samsung Z3 is equipped with a 5-inch HD Super AMOLED display and is powered by a quad-core Spreadtrum SC7730S SoC tagged with a 1GB of RAM and a 8GB of internal storage along with a microSD card slot that can accommodate an extra 128GB of memory. Just like all the other Z series phones from Samsung, even the Z3 comes baked with the Opera Max data Compression technology which helps users to drastically save on data usage by using Opera’s servers.

On the imaging front, the Samsung Z3 is fitted with a 8-Megapixel primary sensor and a 5-Megapixel secondary camera. The smartphone comes with a usual set of connectivity options including 3G, Bluetooth, Wi-Fi and GPS. The smartphone weighs in at 137 gms and is 7.9mm thick. Samsung has tied up with Gameloft and Rovio to offer some pre-loaded games and they have also partnered with Vodafone to offer 1GB of free data for two months.

Samsung has also unveiled the My Galaxy App which will be exclusive for Samsung devices and the Tizen Store. The app curates online discounts and also helps users to locate Samsung Stores and service centres. Samsung surprisingly tasted success with the Samsung Z1 as it sold over 120,000 units in the first month of its launch. Samsung Z3 will be put up for sale starting next week on Snapdeal and it will also be available through several other offline retail channels. The Z3 will debut in Gold, Black and Silver colour variants.

It’s interesting to see that Samsung is still backing up on their own operating system and trying to emerge as an alternative for Android and iOS users, but the fact that Samsung is still sticking to lower speeced hardware for its entry level phones is a bummer. The Samsung Z3 still comes with a 1GB of RAM and Spreadtrum Chipset while at the same price one could get their hands on better specced alternatives like the Yu Yureka Plus, Meizu M2, Redmi 2 Prime and several other Android smartphones. It looks like Samsung has missed out on the 4G LTE on the connectivity front, something that devices half its price are offering these days. The company needs to understand that assuming themselves as the premium smartphone makes especially in the sub Rs 10,000 category is an error, we would love to see some Tizen phones packing a strong combination of hardware and meaningful features in coming months.

TechPP is supported by our audience. We may earn affiliate commissions from buying links on this site.
Read Next
MIUI’s Erase Object vs Pixel’s Magic Eraser and Samsung’s O...
#samsung #Samsung Z3 #tizen