Yes, it’s that moment when we look back and extract from the Play Store some of the best new apps and games released by developers. This time we’ve got plenty of games, as it seems there haven’t been as many non-gaming items released on the Store. But my gut tells me that you won’t actually be too disappointed by this. So let’s have a look at what new games you can now get on your Android smartphone or tablet.

Minecraft: Story Mode is the latest game from Telltale Games. The game consists from five part episodic series, “where you will be able to play as either a male or female hero named ‘Jesse,’ and embark on a perilous adventure across the Overworld, through the Nether, to the End, and beyond“. What’s awesome about the game is that you will drive the story through the decisions you make, thus, what you say to people and how, as well as what you choose to do, will change the course of the story.

Rovio has recently released ToonsTV, the official Angry Birds video app for fans. If you have played at least once in your life Angry Birds, and chances are you have, then you’ll find it to be quite entertaining, as a matter of fact. You’ll also be able to enjoy other cartoons such as Transformers G1, Wallace & Gromit: Cracking Contraptions, and many others. New episodes are being added weekly, so you need to check it out if you’re interested in this type of entertainment.

Headup Games is the developer of the popular game Bridge Constructor, and now they have released the latest item on the Google Play Store – BC Stunts Free. The new Bridge Constructor Stunts game lets you build imposing ramps and loops to reach your goal in the diverse stages. If you’ve had enough of building structures, then you should know that this time you can sit behind the wheel of the vehicles yourself and maneuver them skillfully to the goal. Have a look at the above video to see how the gameplay looks like.

Cloud Chasers is the first entry in the Google Play Store from Blindflug Studios and it’s a pretty nice game, by the looks of it. Your mission is to “guide a small family through five deadly deserts to reach the gateway to the world above the clouds“. The game comes with unique narrative encounters and the player has to make decisions wisely, manage resources, use the equipment and fill up your precious water reserves by flying through the clouds with your trusty glider. This is indeed a very interesting game and it’s worth checking out.

The Mammoth: A Cave Painting (Free)

The Mammoth: A Cave Painting is another new game which is the first for inbetweengames developer. Featuring beautiful graphics, the game tells the 5 million year story of the mammoth in 5 minutes. The game is inspired by prehistoric cave-paintings, and acts out a story written on the wall of a cave. You will be able to search for your lost herd on the wide plain, gather and protect your children, struggle with human hunters and experience the dynamic narration unfold as you tell your story.

RPG lovers will be delighted to hear that yet another new game has made its way into the Play Store – Infinite Warrior Remastered from Empty Flask Games. The original game was released back in 2014, but the developer has now released new gameplay and ultra high definition artwork for the game. You will be able to fight an epic battle against an endless onslaught of bloodthirsty enemies by using swift, well-timed finger swipes. For your actions you will be rewarded with gold, loot that will let you acquire new weapons and hardy armors to both customize and improve your Warrior.

Heroes Reborn: Enigma is a new game for Android users which is described a “first person action-puzzle mobile/tablet game that lets you be the hero“. You play as Dahlia, a young woman with incredible powers, that you must learn to control to survive and escape your imprisonment at a secret government facility. The game comes with over 30 levels and lets you master special abilities such as Telekinesis and Time Shifting, challenging you to unravel the mysteries of The Quarry.

Ski Safari has had over 140 million downloads around the world, and now the developers are unleashing the sequel to the popular game – Sky Safari 2. Described as “the world’s most fantastical, fun, family-friendly skiing game“, you will be able to play as Sven’s sister Evana, share the action in multiplayer mode, perform awesome new tricks on snowboards and skis, and ride on crazy new animals. The game has received good ratings so far, so go ahead and give it a try.

Dim Light is the first game form developer SanBae and it’s categorized as an adventure title. With a pretty mysterious tagline – “can you be the one to escape from this pitch-black madness,” this is a horror adventure game that has a pretty unique concept. Have a look at the above video and decide whether this is you cup of cake or not. 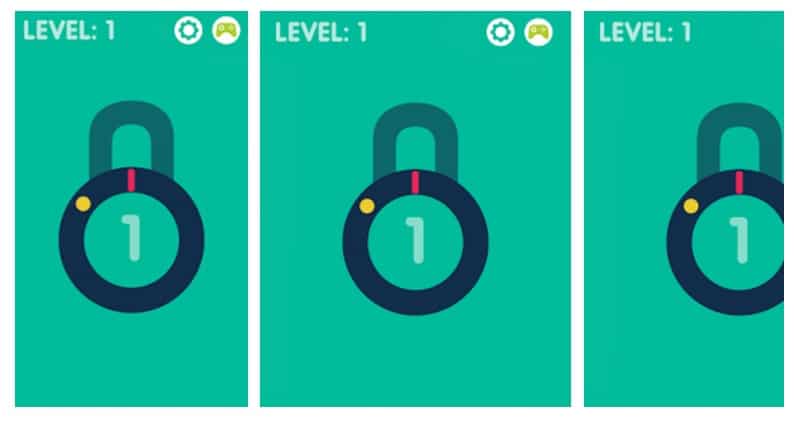 Pop the Lock from Simple Machine is a new arcade game where you have to tap in sequence to crack the code and pop the lock. If you make a mistake, then you’ll have to start from the beginning. This is one of those casual games that come in handy when you just want to relax and forget about everything else.