Lenovo has announced a new lineup of Yoga PCs running Windows 10 out of the box. The company has joined hands with Microsoft in order to bring to table new features and integrate the Microsoft applications in a better way. Lenovo has integrated the Reachit search with the Cortana allowing the latter to show much relevant results by scanning a wider database of possibilities. 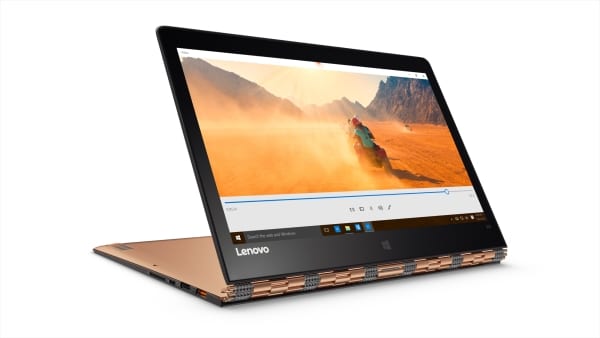 YOGA series has been the ideal machine for folks looking out to buy a hybrid laptop which doesn’t cut the corners in one way or the another. Lenovo had recently tweaked the Yoga 3 Pro and treated it with a better design and a futuristically engineered hinge, but the very fact that they downgraded to a much slower Intel Core M processor was pretty much a deal breaker.

The Yoga 900 series seems to be here to make the things right and to begin with, it employs the fully blown 6th generation Intel Skylake core i5 or even a core i7 processor, and thankfully the keyboard still retains the dedicated function key row. As with most of the Yoga machines, the 900 also comes in various configurations. The Core i5 variant will come with 8GB of RAM and a 256GB SSD, while the i7 variant will come with the similar specifications, however if you are ready to shell out extra you will get a 512GB SATA SSD and 16GB of RAM. The Lenovo Yoga 900 will retail at a much lower price in the US market as opposed to the European market.

The variants mentioned above are fitted with a 13.3-inch IPS touchscreen display, USB Type-C, 2x USB 3.0 ports, card reader and a 66Whr battery which promises nine hours of battery life, according to Lenovo. The company has also incorporated a more efficient heat management system with a 32 percent larger fan which not only keeps the temperature at tab but also helps in running the machine quieter. We are extremely interested to see what this translates to in real life usage.

Lenovo will be sprucing up the offerings with 16GB RAM options across the range. So all the powerful hardware and the improvised cooling systems have led to a slight increase in weight but that being said at 1.29KG and a thickness of 14.9mm, Yoga 900 still maintains its sleek profile.

The hinges for the hybrids have been the latest area of innovations, Microsoft couldn’t help boasting about the hinge on the new SurfaceBook Pro and well Lenovo seems to do the same with the new Yoga series. The Hinge and the retraction mechanism is said to be made up of 812 different pieces of aluminium and steel plus it adds to the aesthetics of the machine. The hinge mechanism comes rated with 25,000 cycles and comes draped in laptops body color.

If you thought that desktops are passé, Lenovo is here to prove you wrong. The Yogo 900 will come in a “All-in-one Desktop” avatar which will be powered by an i7 processor and will come with a dedicated NVIDIA GeForce 940A 2GB graphics and a 27-inch touchscreen display. The Yoga HOME 900 will be available in the US market starting from end of October at a retail price of $1,549. 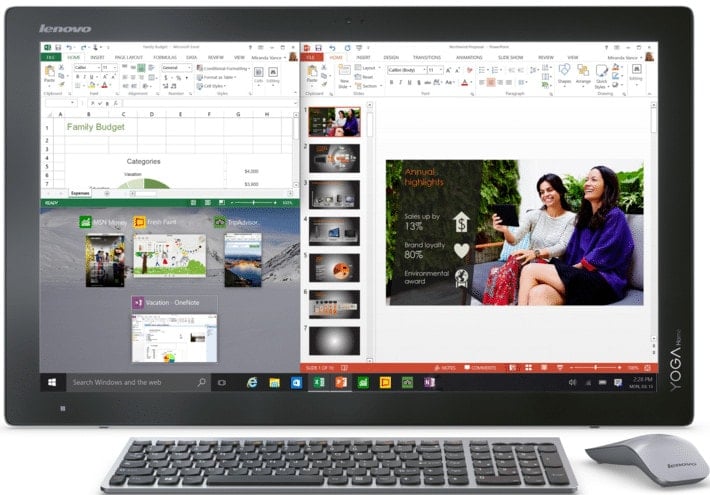 The ultrabooks are being slowly replaced by the hybrids, while powerful tablets couldn’t find their niche thanks to the lack of keyboard the hybrids are innovating constantly to hit the right balance between utility and portability. The touchscreen and the various ways you can arrange the Yoga laptop still makes it one of the best in the business, but if you want to flick away the screen and use it as a standalone tablet without the extra weight of keyboard clinging to it, Microsoft Surface Book might be the one for you.

The Yoga 900 will be available starting from October 19 at $1,199 and will come in three color options including Silver, Clementine and Gold.

[18 Fixes] Your PC Ran Into a Problem and Needs to Restart
Read Next
Source: ArsTechnica