Google Maps for Android users is going to get a much welcome update in the near future. The guys over from Android Police were the first to have discovered the new feature, but Google has since made it official. It’s now much easier to take a pit stop while you’re in the middle of a route. 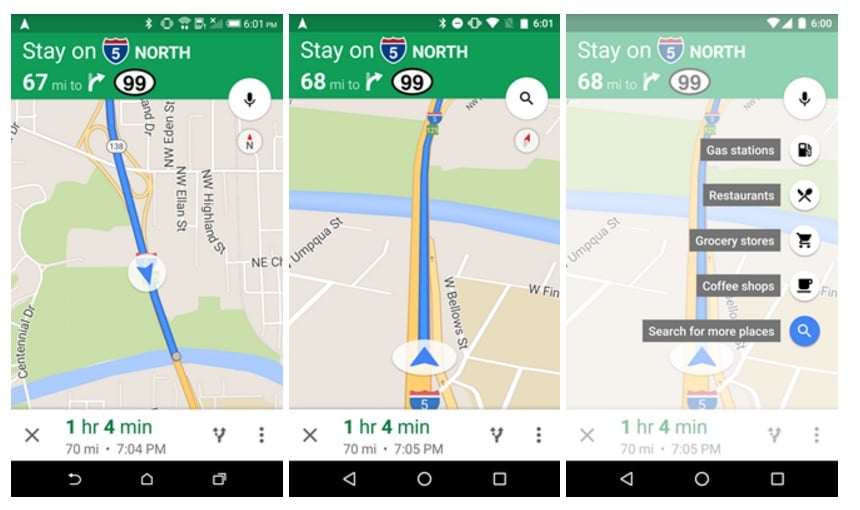 Thus, Google Maps will begin to allow users to add in detours to gas stations, grocery stores, restaurants, and other stops without the user having to remove his final destination. During the navigation Android users will get a new search icon in the top-right corner of the app which will bring up coffee shops and other possible destinations. Thus, you can easily select one and it will be added to your route without cancelling the navigation. 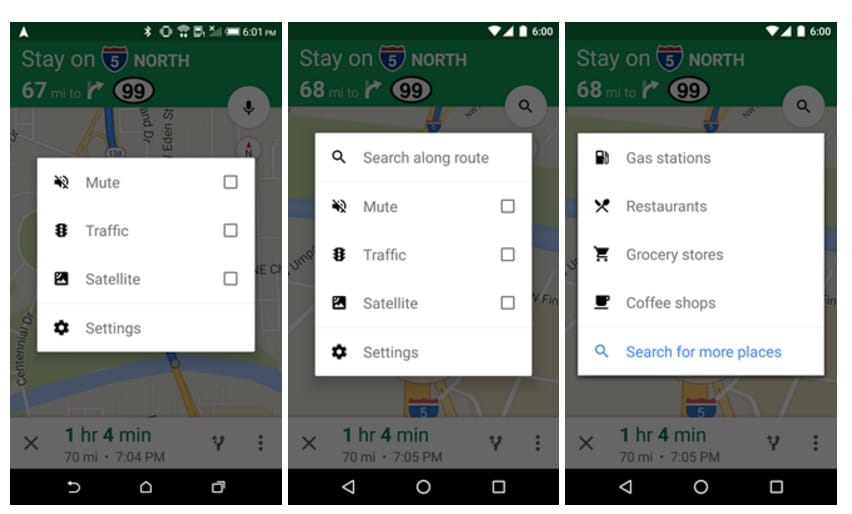 This new feature has been long overdue, and it’s been one of the advantages of those who are using traditional navigation systems. Google is also including gas prices when you search for gas stations, thus letting you choose the cheapest one along your route. Aditya Dhanrajani, Google Maps Product Manager, said the following regarding the new functionality:

When you’re driving in navigation mode and you get that call from your spouse to pick up some more milk on your drive home or if you’re on a road trip and want to find a great restaurant option along your route, simply tap the magnifying glass at the top right corner of the screen. You’ll see a drop-down menu with helpful options, like gas stations, grocery stores, or restaurants. If the drop-down options aren’t what you need, you can always add a detour to your favorite coffee shop by tapping the search icon or by using voice commands.

The “Search for more places option” lets look for other locations, such as a motel or a specialty shop. If you’ve been using Waze, then you now that the new features have been present in the app, which is also owned by Google. Nonetheless, it’s still great to see that it’s coming to Android users, as well. The feature will become available “over the next few weeks” and at the moment we don’t know when it’s going to be available to iOS users, as well.

Was this article helpful?
YesNo
Photo Credits: AndroidPolice
TechPP is supported by our audience. We may earn affiliate commissions from buying links on this site.
Read Next
How to Use Android Phone as Webcam for PC
#android #Google Maps