The Controversial HTC One A9 Unveiled, Features Fingerprint Scanner, Android M and Priced at $399

The inevitable has happened. HTC has officially unveiled the One A9 which had and still is garnering a great response thanks to the close resemblance with the iPhone 6. The Taiwanese company is trying to change its fortune with the One A9 and they have been clear that it will be squarely aimed at iPhone, but at a cheaper price. Apart from being the doppelganger to the iPhone 6, the One A9 not only comes with Android 6.0 Marshmallow but it also promises future upgrades, just like the Nexuses and Motorola phones. HTC Sense will still be baked in the One A9 unlike Nexus which comes with complete stock Android. 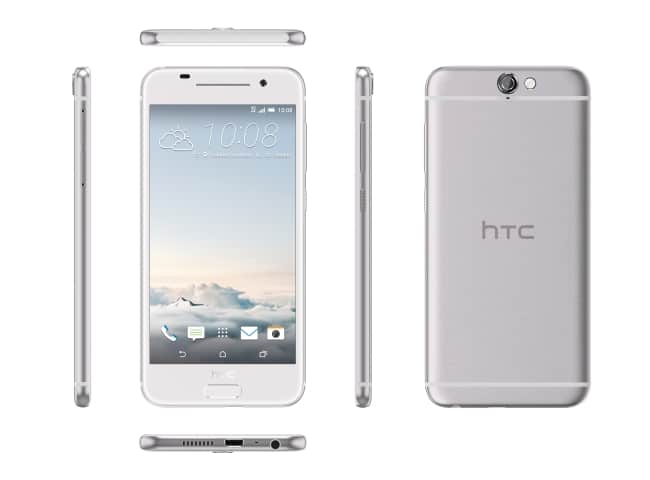 The One A9 comes with an edge to edge 5-inch FHD 2.5D corning Gorilla Glass 4 which blends into the metal bezels. As we have already talked a tad too much about the design and the fact that we are already familiar with the same, makes sense for us to move on and check out other features. On the imaging front, the One A9 boasts of a 13-Megapixel primary camera with Optical Image Stabilisation and Sapphire cover lens(!) whereas the front camera shapes up in the form of an UltraPixel sensor which aims at facilitating better natural lighting.

HTC has offered a PRO mode for shutterbugs who would like to capture RAW images and love to have a greater control over the camera features. Hyperlapse editing can turbo boost your videos to 12 times. If you still crave for better editing tools HTC has also tossed in the Zoe application.

The company has included a fingerprint scanner which is integrated with the Android Pay and it will support HTC Rapid Charger 2.0 which promises a 75% faster charge throughout the day. The HTC One A9 draws its power from the new Snapdragon 617 64-bit processor along with an integrated X8 LTE modem and 2GB of RAM. On the storage front, it comes in both 16GB and 32GB variant and a microSD card that can slot a whopping 2TB.

HTC has also spared some mention worthy efforts on the Audio which includes the HTC Boomsound mated with Dolby Audio technology and a DAC that delivers at a bit rate of 24-bit which will minimise the audio loss and in fact amplify the audio when connected with speakers or car audio. Unlike the other HTC One phones, the One A9 won’t have front facing speakers which can be letdown for some. The HTC One A9 will be available in Opal Silver, Carbon Grey, Topaz Gold and Deep Garnet,

The HTC One A9 seems to be a well-endowed package that heralds with promising features. While some are arguing that HTC One A9 has evolved from the M series flagship but the design evolution is hard to justify. In fact, HTC has openly acknowledged that they want to pitch the One A9 as an iPhone alternative. HTC has rolled the dice and only time will decide whether the Taiwanese gamble will pay off or will take them down.