Pricing for the iPhone 6s and the iPhone 6s Plus has recently been confirmed for the Indian market, and we’ve put together some of the best deals you can make use of if you’re looking to buy one of them. And if you’ve been impressed by the Apple Watch, then you should know that its release is nearby.

BGR India was the first to observe that the official Indian website of Apple has silently been updated to mention that the Apple Watch is going to be available on November 6. But that’s pretty much all that we know at this moment when it comes to the device’s availability and pricing for Indian customers.

After numerous leaks and rumors, Apple had finally unveiled its very first smartwatch back in March. The Apple Watch was first available the US, France, Japan, and the UK in April, and has since then gradually rolled out to other countries.

The Apple Watch is available in two size variants — 38mm and 42mm, and its prices start from $349. This should translate into a starting price of Rs. 22,655 for Indian buyers, but we highly doubt this is going to be the case. 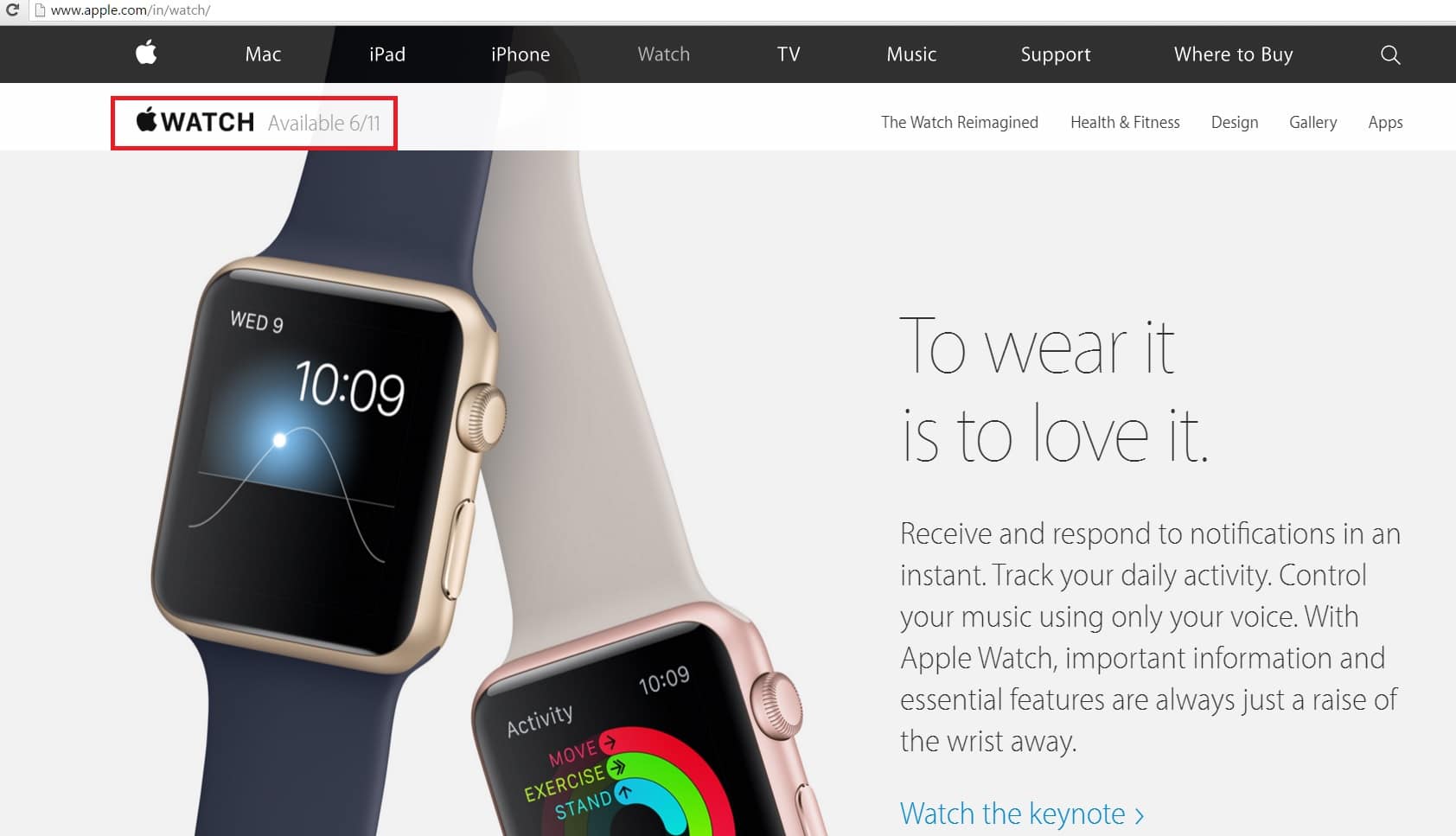 Most likely the prices will be much higher, once we weigh in the import duty and local taxes, and, as it was the case with the new iPhones, Apple increased price in order to ensure parity with United States pricing. But we’ll know for sure how much the Apple Watch will cost in India exactly two weeks from now.

While there’s no official information coming from Apple regarding sales numbers for the Apple Watch, the word on the street is that the company has shipped at least 4 million units in just three months, thus overtaking some other smartwatch makers. We can already say that the smartwatch industry is mature, with plenty of devices available for customers. The question is – will Apple be able to make its wrist gadget the king of the hill?

TechPP is supported by our audience. We may earn affiliate commissions from buying links on this site.
Read Next
How to Unlock your iPhone using an Apple Watch and vice versa
#Apple Watch #india