Comparing Indian and US Telecom Markets

Telecom networks are an important part of the mobile landscape. It’s the backend that puts the smart in a smartphone. Without a stable internet connection, your iPhone 6s Plus or Samsung Galaxy S6 Edge is as good as a Nokia 1100 (which is still a great phone by the way).

American telecom operators subsidize smartphones. A $600 smartphone is subsidized by the carrier and sold for just $200 upfront. These subsidies usually come with a two year contract which forces a user to stay with a carrier for two years. The subsidy is recovered in the form of higher monthly plans. So for example, the monthly fee can be around $70/month which the user needs to keep paying for two years should he opt for a contract. Once the contract is over, the user can either get the device unlocked or renew the contract. Renewing the contract would get the user a new device and would have him to pay $70/month again for the term of the new contract. 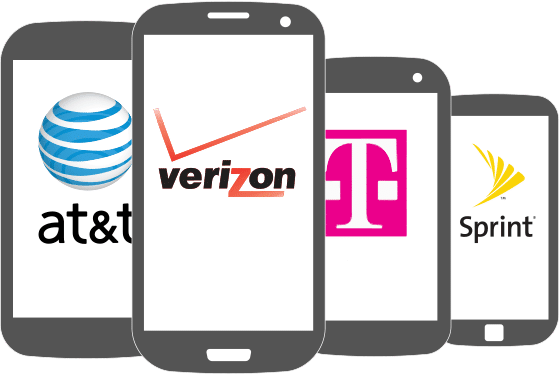 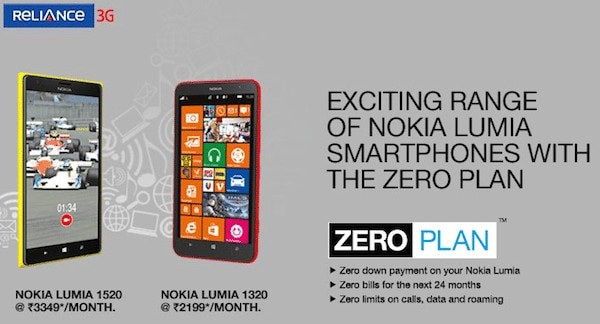 In a contract based system, there was often a singular bill of say $70 or so which clubbed both device costs and telecom service costs. Thankfully this system is coming to an end as American telecom carriers transition to an equipment installment plan.

The US telecom market has always had an edge over the Indian telecom market when it comes to network deployment. The US had 4G networks rolling out at a time when India hadn’t even seen 3G rolled out. Over the years however, India has largely caught up with the US. India’s largest telecom operator Airtel has already launched 4G services in quite a few towns and cities. Other Indian telecom operators are gearing up to launch 4G services by next year. The 4G ecosystem also seems to be building up nicely with Flipkart announcing that 80% of smartphone sales recently during the Big Billion Days were 4G enabled.

Although the current incumbent operators will launch 4G no doubt, the bigger player to watch in this space and the one that will finally bring some parity between India and US is Reliance Jio. Controlled by India’s richest man – Mukesh Ambani – and with an investment of around $11.47 billion, Reliance Jio will launch a pan India 4G network. Although commercial launch is yet to take place, network searches performed by several people all over India point to a solid pan India 4G coverage. Once Reliance Jio launches in India, India and the US will be on the same page technologically with regards to network deployments.

US will still be ahead of India thanks to vast amount of capex US operators invest in networks. Wider portfolio of spectrum and fiberization of towers have helped US carriers acheive 4G speeds as high as 100 Mbps which won’t be possible for India for quite some time, but with 5G to be standardized only by 2020 or so, Indian carriers still have quite a few years to match US carriers in terms of LTE deployment and performance. 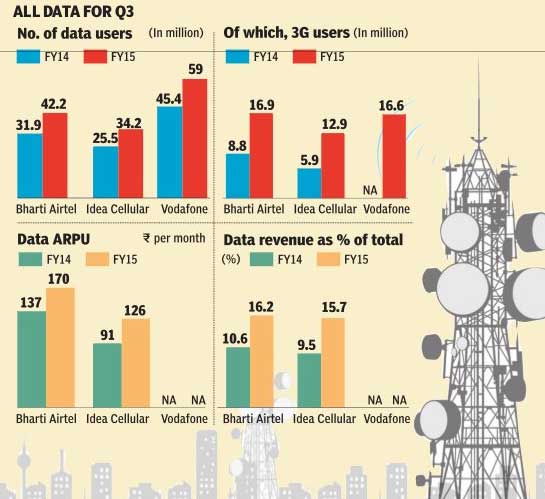 Data consumption will continue to grow for both American as well as Indian telecom operators. But this will happen from different sources. In India the low penetration of smartphones means smartphone growth is still happening at around 50-60% Y-o-Y and its these new smartphone owners that will contribute towards rising data consumption. The US smartphone market is rapidly approaching saturation and data consumption from US will increase through IoT i.e Internet of Things. For example, AT&T adds around a million connected devices every quarter.

Although the Indian and American telecom markets are increasingly converging, dissimilarities still do exist.

US telecom carriers are regulated by FCC whereas Indian telecom operators are regulated by TRAI/DoT. FCC is much more strict than TRAI in regulating telecom companies and the both differ in two very important places i.e Net Neutrality and Marketing.

Net Neutrality – The FCC has adopted very strict rules when it comes to Net Neutrality. Any operator violating them can be fined heavily. TRAI on the other hand seems to have taken a very lax approach. For example, Facebook’s internet.org which provides free access to selective websites is operating freely in India without any restriction or regulation. Similarly, India’s top carrier Airtel has its own music streaming app where it unfairly favors Airtel customers by not counting against their data packs if they select Wynk Freedom. If T-Mobile selectively exempted its own music streaming app for its Music freedom programme, would FCC allow that? Hell NO!

Marketing – I won’t go as far as to say that US carriers are 100% honest in their marketing, I mean it’s marketing after all, but they are still much better than their Indian counterparts. The FCC at several occasions has fined US carriers for deceptive marketing and in some cases reimbursements were provided to affected people. TRAI/DoT don’t take a hard stance against Indian telecom operators for deceptive marketing. 3G data packs are marketed as unlimited although past a certain FUP limit, post FUP speeds are barely usable. The Airtel 4G challenge where tests are performed under controlled environments and many more such instances still exist.

One important thing to note here is that Indian telecom operators have much larger scale than their US counterparts. For example, total number of subscribers Airtel has in India is equal to subscriber base of AT&T and Verizon combined. Apart from this, India’s population density is much higher than that of US. The large scale and higher population density combined make up by a large mark for Indian telecom operator’s lower ARPU.

MVNOs are very popular in US. Tracfone and Google’s Project Fi are two of the most popular ones. MVNOs are generally virtual operators. They don’t own any spectrum or infrastructure, rather lease capacity from the actual network operators and resell it. MVNOs aren’t present in India with the rare exception of T24 which isn’t very popular. US carriers and MVNOs also heavily use Wifi. Wifi calling has been a very popular phenomenon in US where calls and texts are routed through the Wifi network although the smartphone functions normally. This hasn’t been implemented in India yet.