Microsoft has been terrible when it comes to launching of premium Lumia devices on time in India, but that’s set to change later this month when the company launches the flagship Lumia 950 and Lumia 950 XL devices in New Delhi on Monday, the November 30th. We are expecting the official invites to roll out starting tomorrow. As we reported earlier, both devices are set to go on sale in the US from November 20th via AT&T. 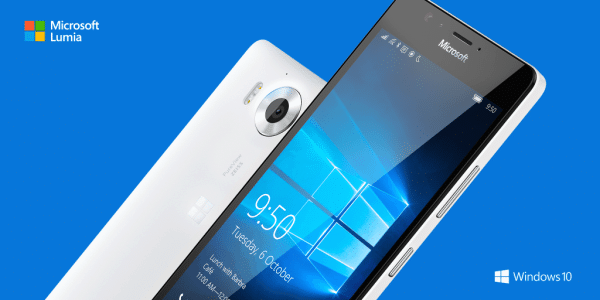 The Windows 10 Mobile powered flagship phones are being launched in India within a month of global availability. The smaller Lumia 950 is fitted with a 5.2-inch display and the larger sibling 950 XL comes with a 5.7-inch screen, both the displays offer a pixel density of up to 544ppi. Both devices come with Organic OLED display with an improvised glance screen which lets user take a look at the important notifications right on their screen without waking up the device. Much like its predecessors, the Lumia 950 and 950 XL comes with a 20-Megapixel primary sensor and is expected to be a imaging powerhouse.

Microsoft should also be launching the display dock in India on the 30th. The Continuum feature will turn the phone into a full fledged PC and also allow support for a Bluetooth mouse and a keyboard, additionally the phone can also be wirelessly connected to the monitor.

Was this article helpful?
YesNo
TechPP is supported by our audience. We may earn affiliate commissions from buying links on this site.
Read Next
10 Ways to Fix Photos App Not Working in Windows 11 [2022]
#Lumia 950 #Lumia 950 XL #microsoft