The famous Drone manufacturer DJI has come up with a new product, a handheld fully stabilised 4K camera named the Osmo. DJI is also specialized in manufacturing professional camera setups including the three axis gimbal stabilization system, the new handheld Osmo will mean that you can bid adieu to all the additional setup and instead get the work done with a single integral setup. 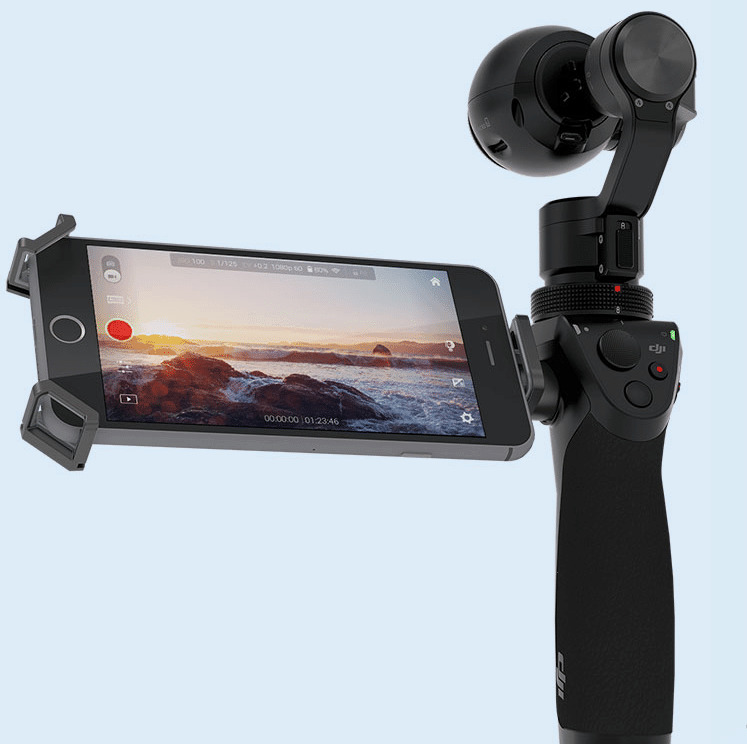 The Osmo in fact is very light and portable and is built more on the lines of GoPro cameras. Osmo is being aimed at the photographers and content creators for whom the portability and the compactness of the camera will play a quintessential role. The DJI Osmo will be available through retailers across 10 major cities and is priced at whopping Rs 69,990 ($1047). Incidentally, it’s being sold for $649 at Amazon.

The construction of the Osmo is eye grabbing, it is made up of a handheld body attached to which is the camera unit, the camera pod looks more like an eyeball and is hinged to the body. The tilt, roll. Angular movements of the Gimbal can be controlled with the switches and the trigger on the front lets you record. Since it’s a fully stabilised camera all the jerks and the unnecessary movements are automatically cancelled out thus rendering a cinematic shooting experience. Double taping the trigger will rotate the Gimbal 360 letting you take selfies.

If you want to get more adventurous with the Osmo you can add the accessories like the extension arm, universal mount and maybe a bike mount or even a tripod.

Also Read: The famous best drone manufacturer DJI has come up with a new product

Now coming to the actual camera units, the main one is DJI’s Zenmuse X3, which is basically made up of Sony Exmor R CMOS sensor set at an resolution of 12-Megapixels. The Camera can capture RAW images, burst mode, 360-degrees panoramas and 4K videos ranging from 24 to 30fps, the smartphone mount is included in the package allowing you to use it as a viewfinder.

If you need a fully stabilised video solution than the Osmo seems to be the most obvious choice but again if you already own a DSLR and want to stabilize the videos extrinsically than you can try out SteadXP, an accessory that will stabilize your videos after a little bit of post processing.

TechPP is supported by our audience. We may earn affiliate commissions from buying links on this site.
#4K camera #DJI Osmo