In terms of security, the Mac OS is considered more secure than Windows will ever be, and that’s something that has to do with the mode in which the platform itself has been written, and maintained. For instance, both platforms offer software updates that fix loopholes and cracks in the surface. Still, those delivered onto the Mac OS platform are more comprehensive and more taken into consideration. As the title itself hints, today we’re going to present a small collection of the best anti-malware tools for Mac.

The majority of Mac OS X users should know that starting with version 10.6.8, Apple has integrated a company-baked anti-malware tool that offers a first level of protection. While many reports that installing a third-party antivirus or a specialized anti-malware software will cause issues with software updates, we highly recommend adding another layer of protection – just in case. 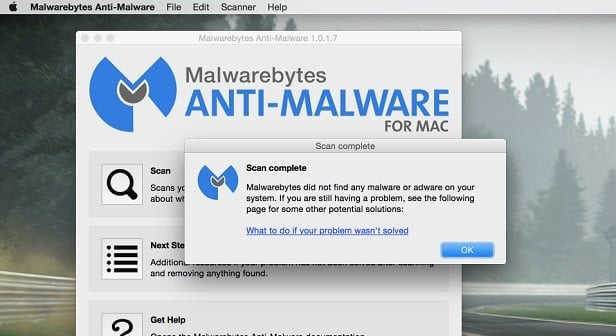 I will start by highly recommending Malwarebytes for Mac. I have some pretty encouraging memories with this tool, be it on Windows or Mac OS X, and I must confess that it has saved the day with ease in various situations. I highly recommend this tool for users that want a simple, easy-to-use interface that gets things done on the spot. And it’s free.

When it comes to features, Malwarebytes has been proven in battles against adware (ever heard of Genieo, VSearch, or Vidx?), malware, and trojans. The clean, smart interface simplifies the scanning process, which by the way, takes just ten minutes or so for regular users, and the resource consumption can be seen as a gentle touch on the hardware itself.

Mostly because this is not a very complicated tool; it updates itself regularly. Because of the easy-to-identify and fix process, I, among others, deem Malwarebytes as the first weapon at hand when beating infections. 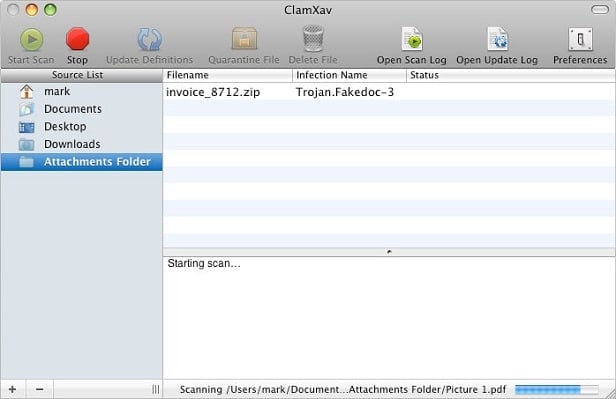 ClamXav is another highly recommended tool that is specialized in cleaning Mac OS X malware and other types of infections. This tool is best known for its anti-virus capabilities and malware scanning, with the ability to detect and treat both Mac and Windows infections. When it comes to scanning, ClamXav allows the user to scan the entire system or just specific files indicated manually.

Being a paid software, ClamXav comes with a Sentry mode, which, once activated, will scan any new files that arrive on the hard drive. While this usually means a bigger footprint over the computer resources, this software does a heck of a job of keeping itself light. Running silently in the background, this tool has the ability to receive frequent database updates and scan the system frequently, according to a predefined schedule.

ClamXav will set users back a one-time fee of $29.35 for a personal license, with the ability to test the software for free for up to 30 days. 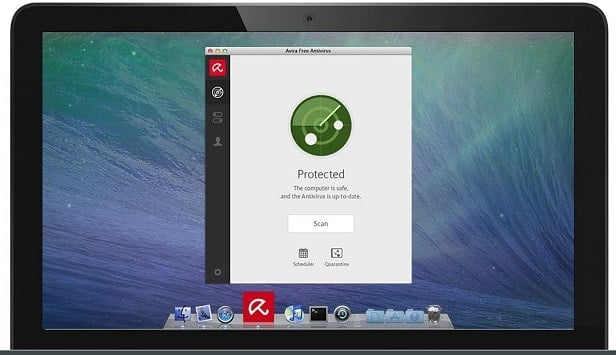 To be sincere, I was a bit reluctant when it came to Avira, the company that failed to impress me some years ago. But, after a bit of research and after seeing the results with my own eyes, I started believing those reports stating that Avira is the best free anti-malware tool that someone can install on a Mac.

According to several reports, Avira has been the only anti-malware tool clever enough to detect 100 percent of all malware thrown at it using the AV-TEST tools. Besides detection perfection, Avira also offers a modern user interface that complies with the latest Mac OS X designs and a light footprint over the system resources (at least in the quick scans mode).

Amongst the features, Avira comes with protection against online threats, viruses, Trojans, adware, malware, and spyware. The software itself can be set up manually for scheduled scans, bestowing a certain amount of stealth and, why not, simplicity to the whole deal. You just set it once, and that’s it.

Bitdefender is one of the most complete and advanced anti-virus and anti-malware protection out there. As a paid version, this software will set Mac OS X users back around $40 per year or less if they choose to pay for a longer period in advance. I have personally used this anti-malware solution in the past few years, and I can safely say that it’s one of the best out there and one of the fastest. From professional detection tests, I have found out that Bitdefender has scored just below Avira and Avast in the on-access malware detection test, but it received full marks on the on-demand test. 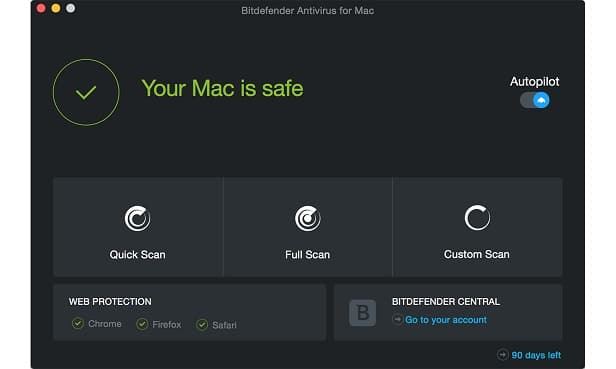 Now, when it comes to features, Bitdefender offers the lowest impact on performance from any competitor out there. This comes with a non-stop protection mode called the Bitdefender autopilot. Basically, Bitdefender comes with several reaction modes, including Gaming and Normal use, but Auto-pilot is the one recommended. In this mode, Bitdefender will automatically make decisions based on the current resource load, slowing down when you are running an intensive application and making use of scans when you’re away.

The user interface is pretty slimmed down and simple, allowing the owner to view critical information without crowding the screen. Under the hood, the company vouches for elite protection and removal of adware, malicious hijacking programs, unwanted toolbars, and so on. Scanning files is also blazing fast in Bitdefender. 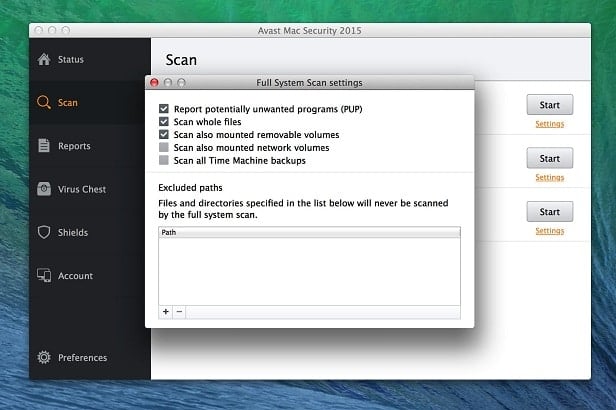 As hinted in the lines above, avast! is another truly big name in the anti-malware domain, especially when it comes to free. Avast! has also received full marks in the annual AV tests, and we highly recommend it as an option. Among features, the ones that truly require attention is the new Streaming Updates system which makes sure that your anti-virus will always be up to date by sending around 250 micro-updates every day and thus improving response time to new threats from hours to minutes.

Another interesting feature is that Avast continuously scans files thank its real-time protection, which also includes email attachment and other web files as such. It even allows the user to perform on-demand scans of the entire system, partial locations, or attached devices.

Once detected, an infected file will be moved into the quarantine zone, named the Virus Chest. From here, files can be manually deleted or fixed, and users even have the possibility of white-listing specific files. Besides the regular list of Mac infections, Avast is capable of detecting Windows-only malware, which may have found its way on your machine or attached drive, thus preventing the further propagation of the infection.

Last but not least, we must mention Avast’s WebRep plug-in for web protection, which uses heuristic detection against phishing websites and other infections as such.

So which is your favorite anti-malware software for Mac? Let us know in the comments section below.

Was this article helpful?
YesNo
TechPP is supported by our audience. We may earn affiliate commissions from buying links on this site.
Read Next
How to View Gmail Login History and Secure Your Gmail Account
#mac os x #security