Update: It has been established from our sources that the phone in question is NOT Redmi Note 2 Prime. However, they declined to pinpoint the smartphone model and maintained that it will be a Prime variant. Our first guess would be a Redmi Note Prime which if true might be an upgraded version of Redmi Note 4G. We might be able to decipher the phones model with the next clue Amazon.in will be revealing tomorrow.

Earlier: Xiaomi has finally decided to launch a smartphone after a long hiatus with Redmi Note 2 Prime in India. The phone was spotted on an Amazon.in teaser which directly points out at the imminent launch and says “PrimeIsComing”. The teaser however didn’t reveal anything else about the phone. Xiaomi has been sluggish when it comes to launching the Note 4G successor, this may be partly due to the fact that they had a patent issue with Ericsson, which is now settled (almost) thanks to their recent patent licensing deal with Qualcomm. 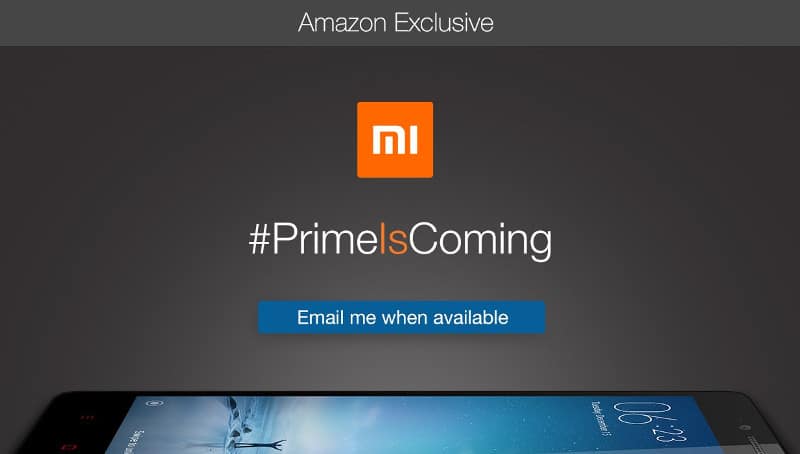 The Redmi Note 2 Prime is fitted with a 5.5-inch FHD display and is expected to be powered by the MediaTek Helio X10 paired with a 2GB of RAM. The internal memory will be bumped up from 8GB to 32GB along with a microSD card slot that can accommodate another 32GB. On the imaging front, the Redmi Note 2 Prime is expected to feature a 13-Megapixel primary Samsung/OmniVision sensor with PDAF and 1080p video recording. The secondary camera is a 5-Megapixel sensor which seems to be the one doing its duty on the Redmi Note 4G. 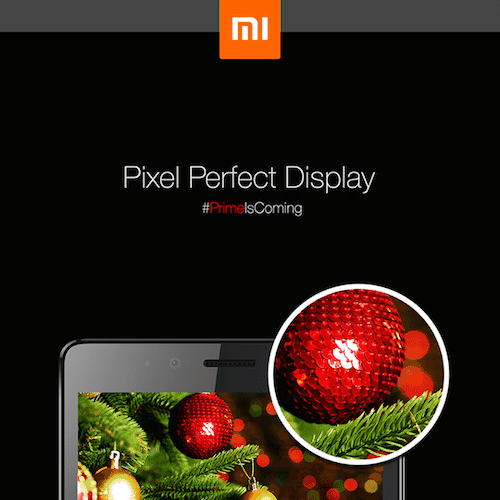 The phone should come with the standard set of connectivity features including 4G LTE and Dual SIM, additionally this time around Xiaomi have also included an Infrared Sensor for the Note 2 Prime. The device will run on MIUI 7 based on the Android 5.0 Lollipop and will be baked by a 3060 mAH battery pack. The Redmi Note 2 is available in Dark Grey, Bright Yellow and Pink colors although we are still unsure of which colors will make it to the Indian market.

As we exclaimed earlier, the Redmi Note 2 Prime was long due especially after considering the fact that it was announced in August of this year in China. Xiaomi needs to bring all its devices across different markets without any delays. They also did the same thing for the Redmi 1s and the Mi3 but then they were just setting their foot on the Indian soil, now since they are established and have a command over the Indian market they need to ensure swift release of all the new phones from the Xiaomi stables.

TechPP is supported by our audience. We may earn affiliate commissions from buying links on this site.
Read Next
With Redmi A1, is Xiaomi Resurrecting the Android One Dream, but Without Google?
#Redmi Note 2 Prime #Redmi Note Prime #xiaomi